Natalie: "Why did you write down what everyone gave me for my birthday?"

Me: "So you can send thank you notes to everyone."

Natalie: "Oh yeah! I can't wait to do that...and then maybe they'll send me 'you're welcome letters' back."
Posted by Andrea at 6:58 AM 2 comments:

Having a Blast in St. Louis

Apart from the time I spent away at college and a year stint working aboard Carnival's M.S. Fascination, I've lived my entire life in St. Louis.  And, just when I think our kids have seen and done it all -- in terms of local educational programs/attractions available, I discover something new.  This weekend we visited the Challenger Learning Center - St. Louis for their free 10th anniversary event.

What a blast we had!

The kids built and launched rockets, received a mini-astronomy lesson in a portable planetarium, created constellation cups, paper helicopters and much more.  In fact, our paper helicopter earned us 2nd place in a flight duration contest and we won a cool model rocket kit.

We met many enthusiastic and kind folks from a half a dozen local groups including the St. Louis Astronomical Society, The St. Louis Rocketry Association, and Academy of Model Aeronautics. In addition, the St. Louis Science Center's "EVie" electric truck was available and provided lots of hands-on science experiments.

Natalie told me, "It was the best day ever!"

The Challenger Learning Center - St. Louis located in Ferguson, is only 1 of 45 centers like it across the planet.  It is part of the Challenger Center for Space Science Education, an international not-for-profit education organization founded in April 1986 by the families of the astronauts who died during the Challenger space shuttle mission. The center provides simulated space missions, science education and teambuilding programs for students K-8, educators, corporations, scouting groups and the general public.  Visit their website for a list of upcoming public mission dates at a reduced 10th anniversary rate of $10/per person.

* The number one song in the U.S. was Justin Timberlake's My Love.
* Our family car was a 2001 Honda Civic
* A gallon of gas cost $2.23
* Top rated T.V. shows included American Idol, Dancing with the Stars, House and Desperate Housewives.
* The Cardinals won the World Series

And, we welcomed a "chubby bunny" into our family.  We named her Natalie Grace.

She's tenacious, funny, witty, loving, thoughtful, creative and as her name suggests -- a blessing to us all.  I couldn't have picked a better little sister for Noah if I had tried. 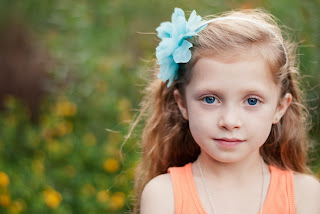 Posted by Andrea at 8:06 PM No comments:

She leaves the kitchen, goes to her room and closes the door behind her.  Next, she yells to me from behind her closed bedroom door...

Natalie: "Mom, how do you spell Isaac?"
(Dear God: Sometimes parenting is so incredibly fun.)
Posted by Andrea at 9:31 AM 2 comments: