I Spy Something Cute

I admit it, there were times when Noah and I were knee-deep in therapy...listening therapy and brushing therapy and swinging therapy and systematic desensitization therapy that I began rethinking my dream to have two children.  I was overwhelmed by the marathon of to do's that needed to get accomplished and worried if I skipped just one I'd be jeopardizing his future success.  Noah was also chronically ill either from an ear infection or some other virus and we still didn't have a handle on when his next seizure would arrive.

Thank goodness I found a way to hand over some of my fears to God.  Less worrying and more praying led me to open my heart to a new friendships and to take the leap of expanding our family.

Yesterday I was reminded of the positive effect our "addition" has been for our family while Noah, Natalie and I were playing a game of "I Spy".  When it came to Natalie's turn she announced, "I spy something cute."  To which Noah replied in earnest, "I think it's me!" and then the two of them collapsed into a heap of giggles.

Although they argue and get on each other's nerves at times, no amount of therapy can replace the bond the two of them have forged.  They are each other's cheerleaders...and for that I am grateful. 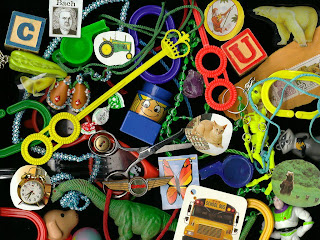