Early this morning Steve took Natalie out to the August A. Busch Memorial Conservation Area on her very first...and quite possibly last, blackberry-picking adventure.  If you've never picked berries, then you can't really appreciate why they cost so much in the grocery store. Basically, if the chiggers and ticks don't get you -- the thorns will!

About five minutes after they arrived, I received a call from Steve saying, "We need bigger buckets!"  This was surprising to me as we have had so little rain.

While on the phone I could hear the pride and joy in his voice as he shared, "Well, she's an interesting picker...she puts one berry in her bucket and then the next three go in her mouth."

I figured they'd be gone for a couple of hours or at least until they had buckets brimming, however, I received another call about 15 minutes later...this time the call came from Natalie herself.

Needless to say, the thorn in her finger cut their berry-picking trip short.  She LOVES venturing into the woods with her Dad -- whether fishing or hunting for mushrooms, but when she hurts, she just wants her Mama.  And, I'm glad. 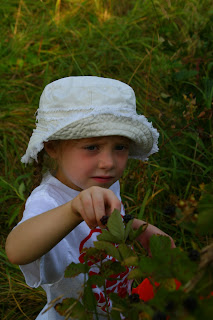 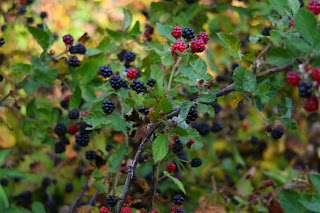 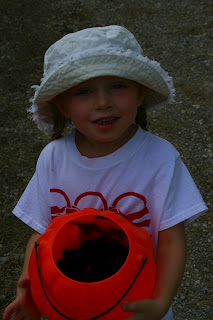 By 9:30 a.m., the tears and forn in her finger were gone.  Both she and Steve had been de-ticked (we found two crawling on their clothes!) and had showered so as to be ready to attend our community's 4th of July parade in the triple digit heat.  We go every year and the kids always look forward to scurrying around for candy and beads that get tossed out to the crowd.  And, I'd be lying if I said Steve and I didn't spend a lot of time laughing and placing bets on who would be the next unlucky person to step into one of the road apples left behind by the crew from Green Acres Ranch. Good times! 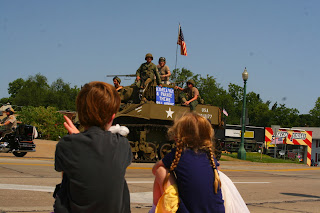 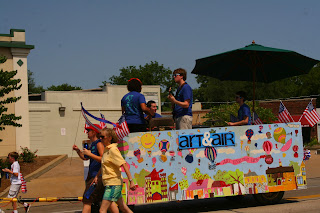 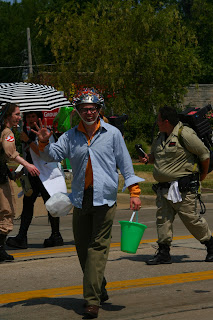