Last weekend we discovered a new activity perfect for our outdoors-loving daughter and Indiana Jones-coveting son -- letterboxing!  A treasure hunting game that builds navigational skills and encourages exercise as the box is typically hidden in an interesting yet beautiful spot in a park or forest in cities around the world. The seeker follows clues  -- sometimes they are straightforward while other times cryptic.  The prize is a water-proof container which holds a miniature piece of art...a hand-carved rubber stamp and a hand-made log book.

To play:
1. Visit www.letterboxing.org or www.atlasquest.com
2. Read through the rules/etiquette of letterboxing
3. Select a trail name
4. Create a stamp (I chose to have the kids buy a stamp and ink pad at Hobby Lobby)
5. Purchase or make a small notepad to log your letterbox finds
6. Select a letterbox hunt from the website.  Be sure to choose one that is somewhat recent or that someone has visited recently because sometimes boxes get found and don't get replaced.
7. Once you find a box, stamp the logbook with your stamp and write in your trail name, the date and where you are from.  If you like, leave a short message, too.  Then take the stamp you found and stamp it into your own log book, date it and write in where you found it.

While Noah wasn't excited when I first presented the idea, he quickly came around once he settled on his trail name - Mr. E. He chose an uppercase E for his stamp.  Natalie, who worries she'll "never experience the joy of owning a dog" came up with the moniker, Woof-woof as her trail name and a stamp featuring a floppy-eared dog.

Our first venture took us to a park we'd never been to before -- Love Park  in Town & Country. An 89 acre park full of low branch trees, lush fields and a state-of-the-art playground. As we pulled up to the pavilion,  Noah shared "a Hobbit could live here". After lunch, the kids climbed trees and searched for creepy crawlies, then we set off on the Chipmunk trail in search of our treasure.

We found two letterboxes that day, but the real treasure came from the memories I've collected. 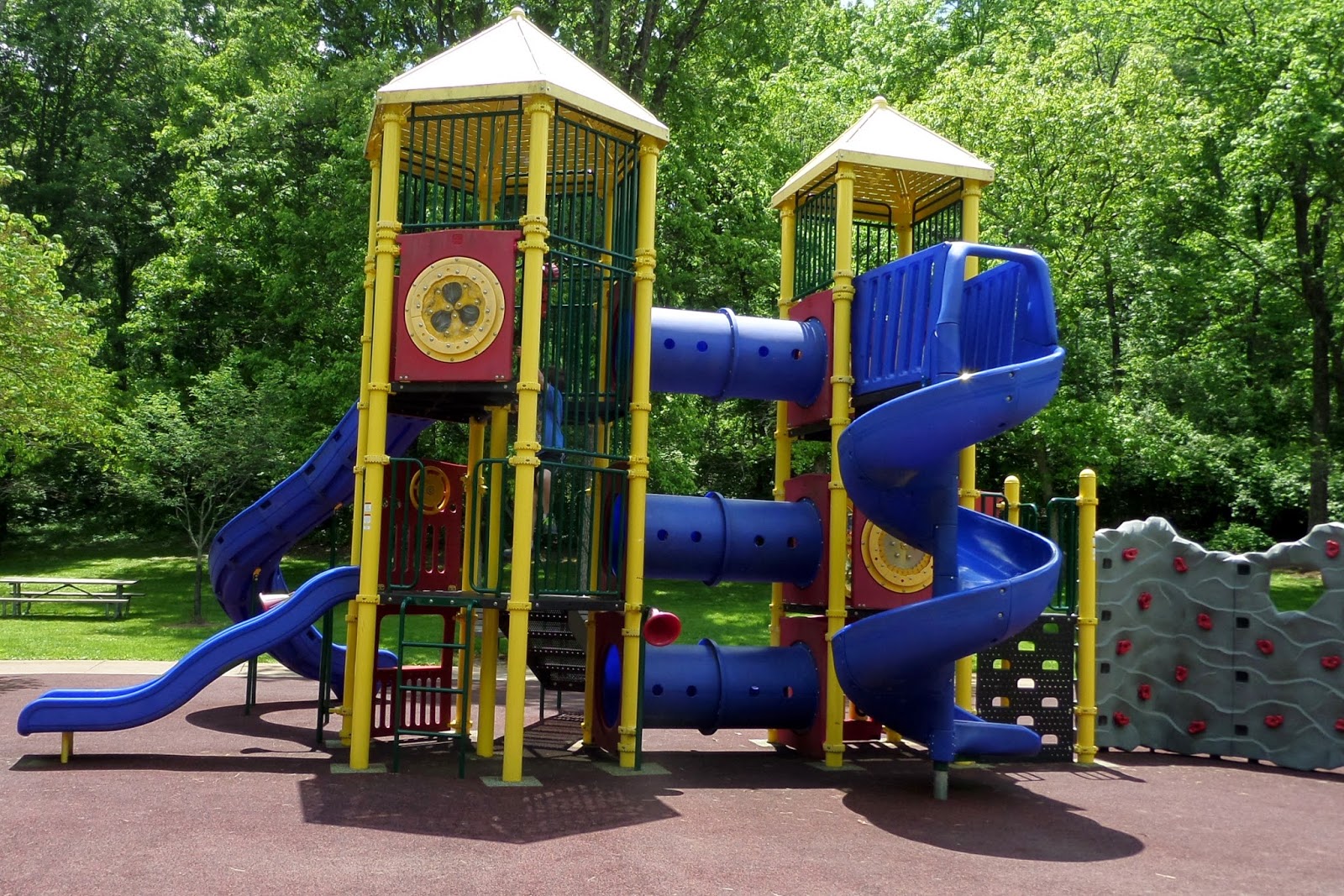 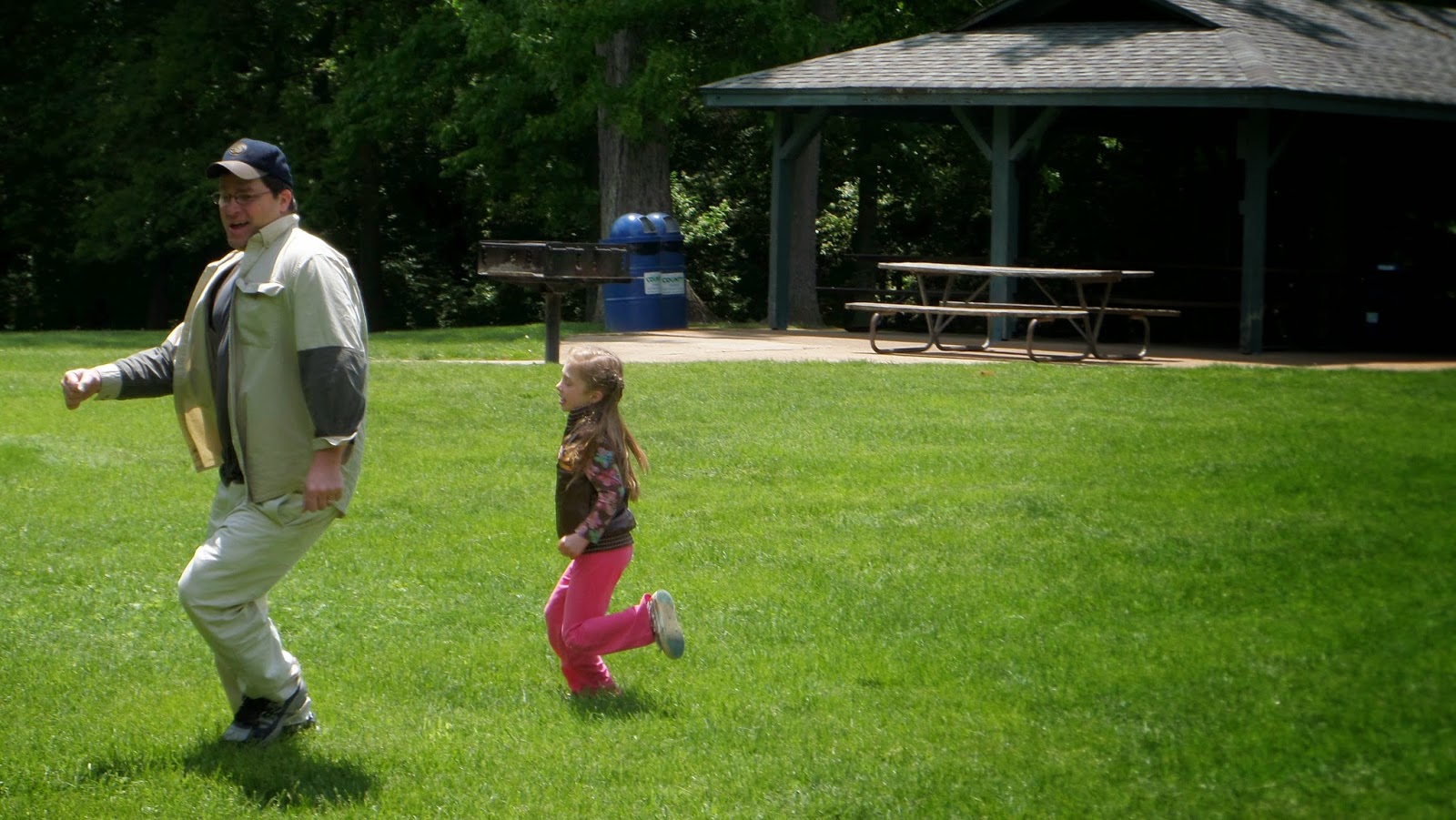 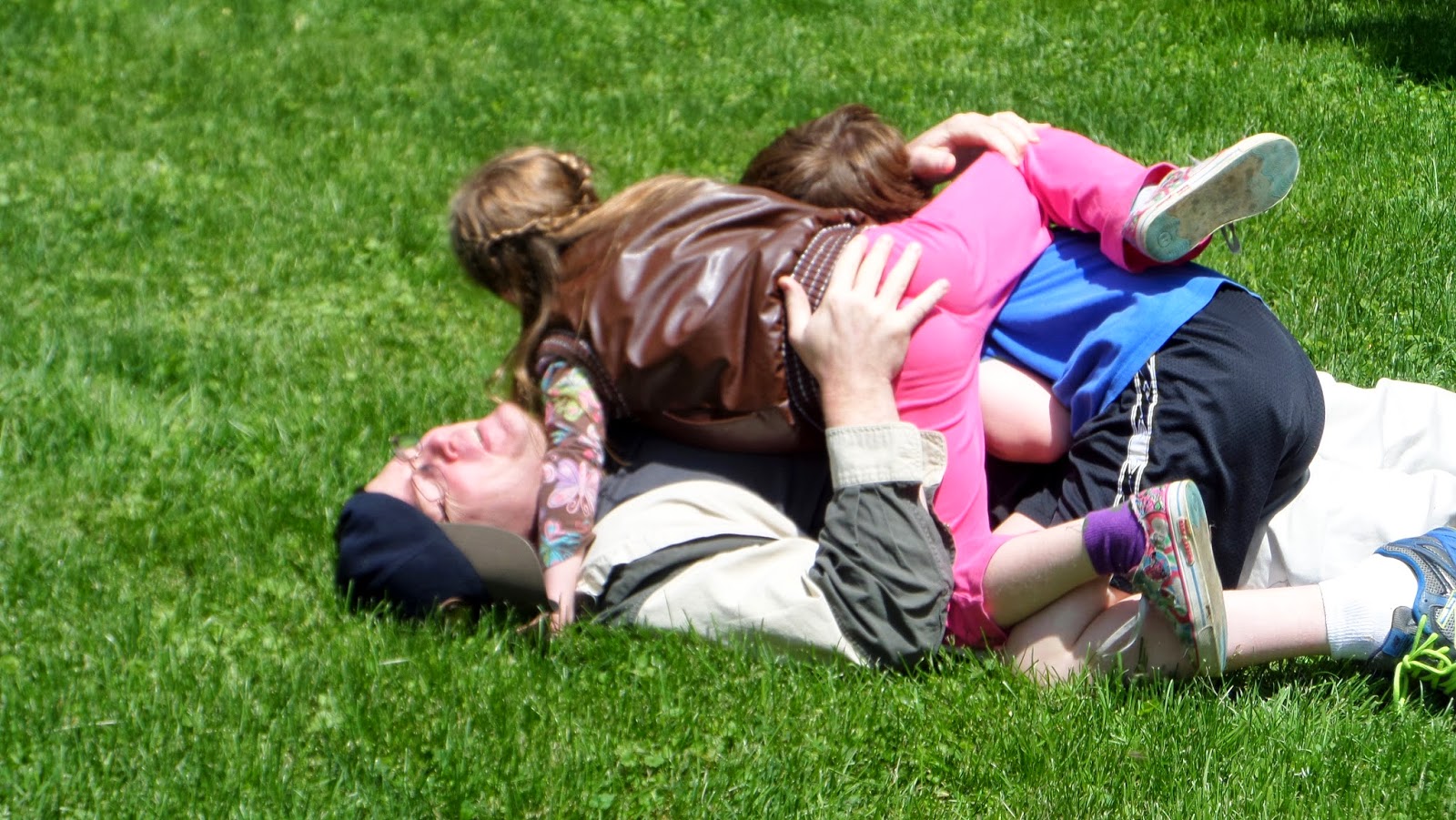 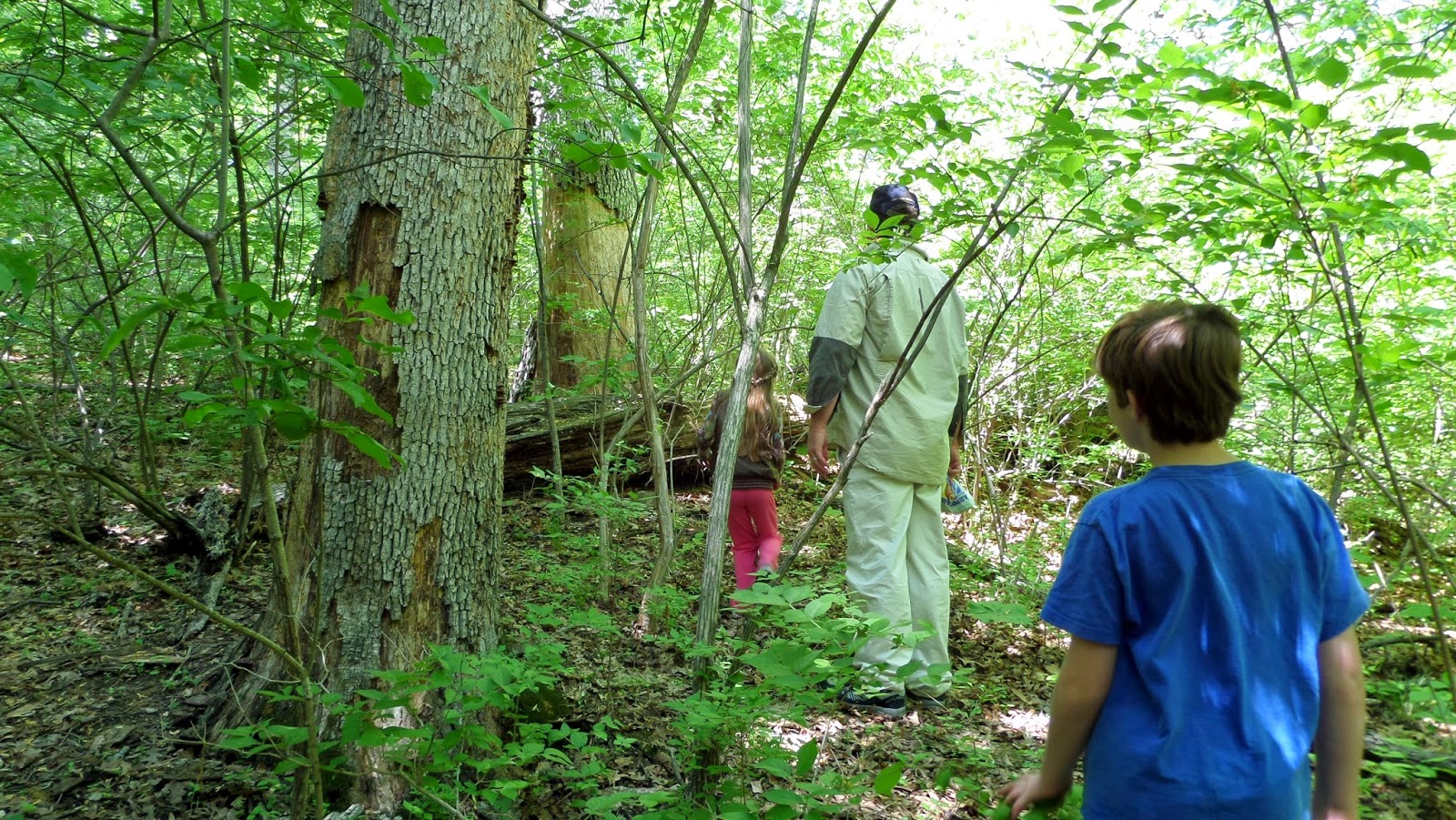 Posted by Andrea at 8:09 AM No comments:

Mother's Day weekend was filled with lots surprises...most of them good, but some just left me feeling all wet...literally.  On Friday, when I turned on the bathroom faucet, it broke off in my hand at full blast. I tried unsuccessfully to turn off the water beneath the sink and in the process dropped my phone into the geyser.  Natalie, who had been home sick, watched in horror as the water continued to gush and pour down into the basement. Unable to reach Steve, I tried to follow the water lines that snaked through our 85 year old basement, in hopes of shutting off the main.  In the end, I enlisted help from a neighbor and together we were able to stop the flow.

This year marked my 11th Mother's Day and if gifts followed traditional wedding anniversary gifts, I should have received steel...which I did in the form of a brand new stainless steel faucet.

Things could only get better, right?

Saturday was a steamy 85, but the sun was just what I needed to brighten my day.  The kids' school was hosting a family picnic complete with carnival games, cotton candy and a dunking booth.  Natalie and I ran the Angry Birds game for awhile before trying out some of the games ourselves.  Next, we headed to Miriam School for their new student picnic as Noah will be transferring there in the Fall. We feasted on hot dogs, potato chips and Ted Drewes under canopies set up on the school playground.  We played more games and I marveled at how quickly my two could jostle the contents of their lunch without worry as they jumped and whooped it up in the bounce house.
Sunday I woke up to Natalie whispering, "Happy Mother's Day," in my ear. This was followed by "I'm going to talk to Noah about not having any tantrums today."

As I entered the kitchen I found Steve making crepes stuffed with strawberries, chocolate and whipped cream.

I could get used to this.

For my special day, I just wanted to spend it outside with my family.  We loaded up the kids' scooters and headed to a portion of Grant's Trail that we had never been -- Backstoppers Park.  It was a short ride to Sappington House and the kids were happy to find another StL250 cake and explore the area.   Once we'd seen all we could see, we headed back to the car and stopped in at Culver's for lunch.

For our final destination, we took the kids to a place we had never been - Myseum.  A uniquely interactive play center that is part indoor playground, part science center.  Located in Town and Country in the Lamp and Lantern Shopping Center, we had the place practically to ourselves.  We spent the afternoon cheering as the kids sailed down the radar slide that flashed their M.P.H and worked together to build and direct the path of a ball down a magnetic wall.  We pretended to dig up fossils in the dino area and made a lot of noise trying out a myriad of instruments including; a whale drum, laser harp and a wrenchaphone.

You could say we ended things on a high note. 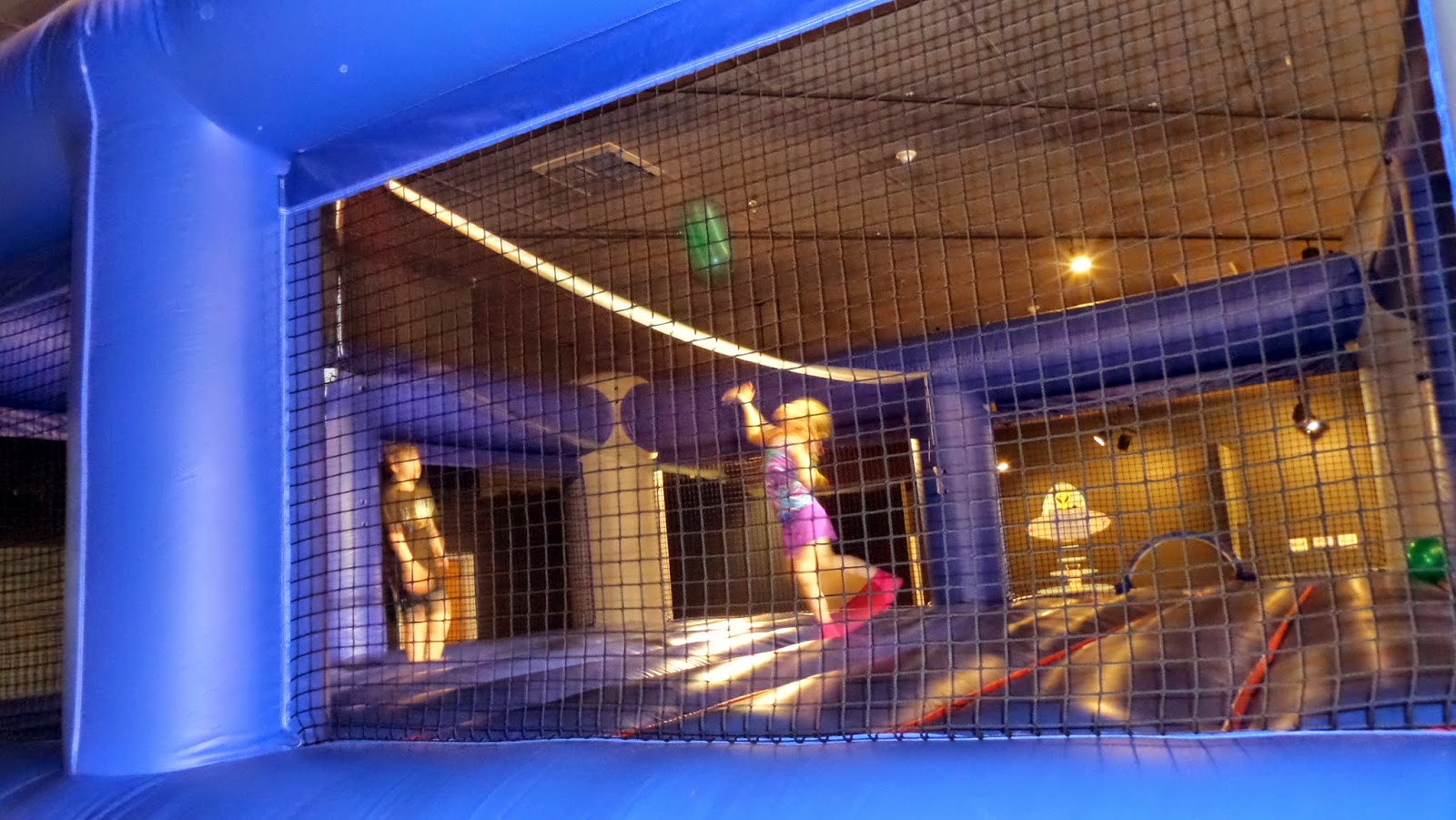 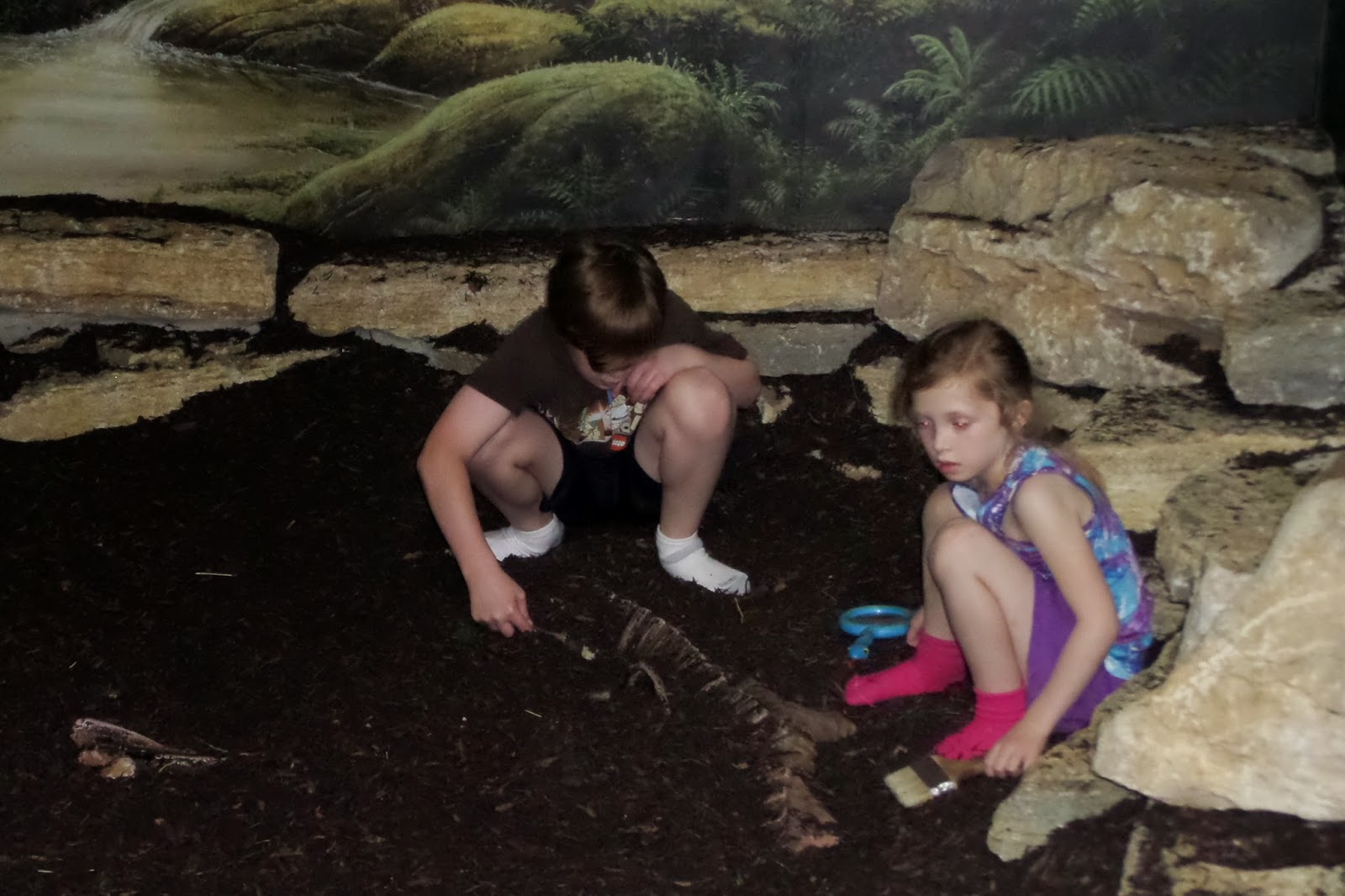 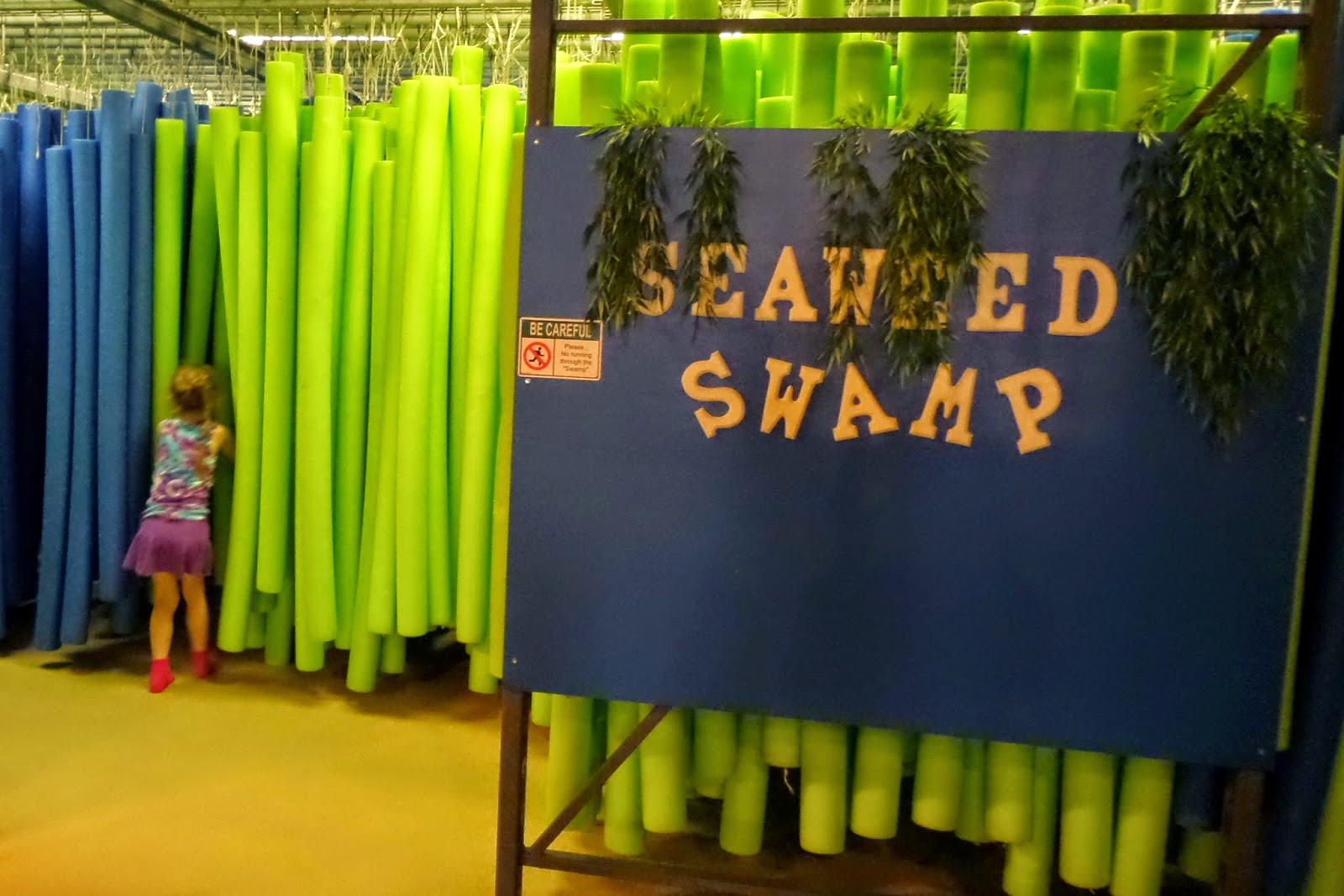 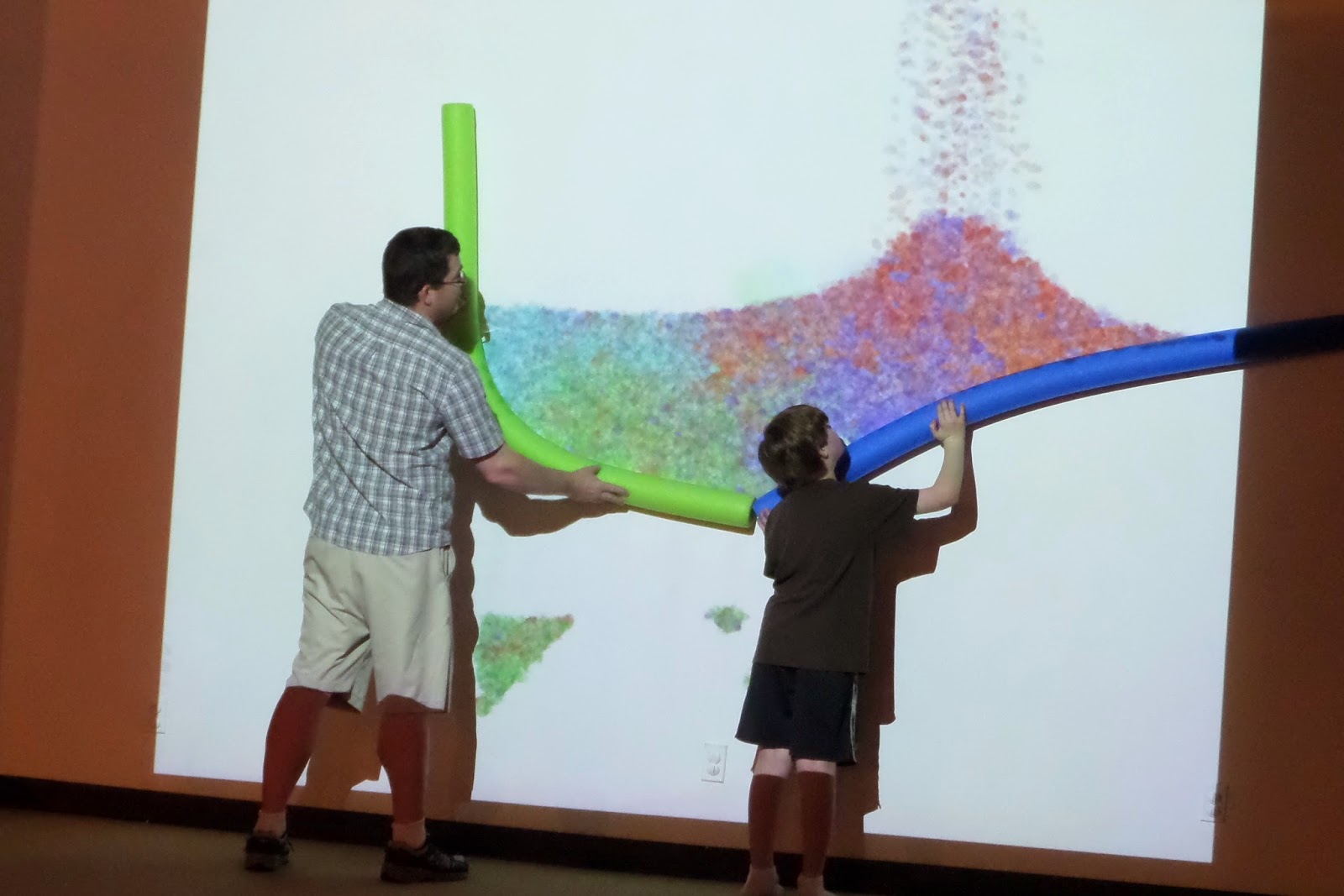 "Mom, I can't believe it, but you now know all my secrets...it makes me feel safe that you know everything."
Best. Day. Ever.
Posted by Andrea at 6:44 AM No comments: