Well, maybe not back in time...rather back to a slower time.

We headed northeast to my husband Steve's hometown or village as it's called in Scio, OH.  A place where everybody knows your name and probably what you ate for dinner the night before. With less than 200 families residing in the area, it's safe to say the town has more cows than people, but what they lack in numbers they certainly make up for in personality...many with nicknames like a set of sisters affectionately known as Pickle, Fritz and Buck.

We stayed with his parents in their red brick ranch -- built in part by Steve's father, Rex, nearly 50 years ago. Their home rests on a hill and is surrounded by green pastures and horses grazing a few feet from their property line.  Several times a day, the kids and I would wave to their Amish neighbors who passed by their home in horse-drawn buggies. In the back corner of their lot sits the fur shed.  Back in the 70s and 80s, trapping was  serious business for Steve's family as his dad's work as a construction operator was seasonal.  Trapping helped supplement their income and played a big role in whether Santa visited their house or not.

During our visit we stopped in the Custer Museum in New Rumley, OH a stone's throw from Scio and the birthplace of the famous general. Later in the week we road-tripped about an hour west in Holmes County which holds the distinction of having the largest Amish population in the world.  We shopped at an Amish flea market that sold a mishmash of Chinese import items, country crafts and an array of Amish fried pies and cheese.  Before heading back, we made a pit-stop at Breitenbach Winery for a bottle of dandelion wine.

Our days were uncomplicated yet developed into a pleasant routine.  The kids discovered wiffle ball and had Steve and I huffing and puffing around make-shift bases of bushes and such.  We brought with us dozens of library books and lazily consumed stories and gallons of sweet tea along with untold amounts of bacon and red meat. In the evenings Steve and Natalie caught lightning bugs and laid in the grass counting stars.  Nearly every night we made a trip into town to visit The B&F Dairy Bar.  A mom and pop, fast food and ice cream stand started by Steve's parents and their friend Beamer in 1971.  Today Steve's older sister, Jo and her husband, Marc run the business which features an extensive menu of more than 60 food items including burgers, sandwiches, pizza, hillbilly dogs, Gyro bites and fried green beans.  But, if there is something your stomach desires that your eyes don't find on the menu -- just ask and Jo and her team will be happy to make your fried food dreams come true.  This also applies to their dairy treats which range from sundaes, banana splits, sno cones and deep fried cookie dough bites to milk shakes sized junior to a 44 oz. monster. Drink two of those bad boys and she'll give you a third one for free.

While in Scio we celebrated Noah's 12th birthday with a Mario theme.  Natalie created a treasure hunt for him complete with Mario-inspired characters she and I formed from modeling clay.  Thankfully Steve and his Dad built a bonfire despite the threat of rain. While the weather conditions dampened the kids' clothes it had no affect on their moods.  They happily roasted their dogs in the Spring showers.  Steve's younger sister Chris and her daughter, Heather organized a slew of party games and a scavenger hunt.  They also filled 100 water balloons that kept the kids busy for nearly an hour. Good times.

We took two days to complete our 550 mile return trip home.  We stayed overnight in Indianapolis and spent the next day exploring their Children's Museum. The museum is a cross between the St. Louis Science Center, the Magic House and the American Museum of Natural History.  It features five floors of hands-on exhibits.  While Noah enjoyed the Dinosphere attractions, Natalie felt most at home in the Take Me There: China exhibit.

We are now back home, but haven't quite returned to warp speed.  Instead we are slow and steady --  though this doesn't come natural to me, our trip has definitely given me a better appreciation for it. 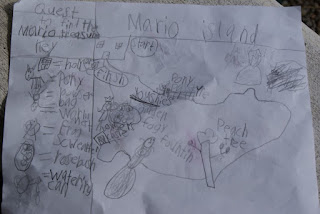 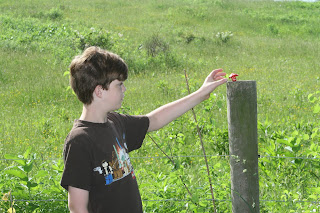 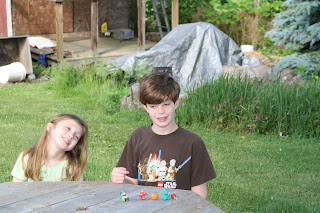 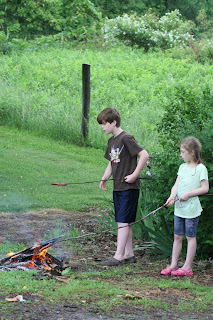 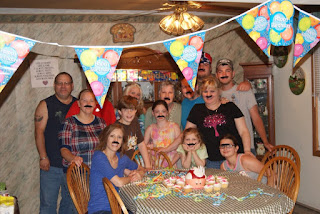 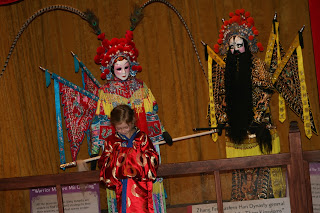 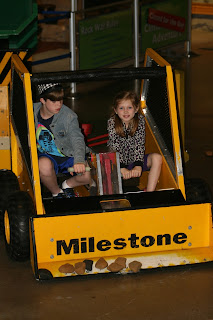 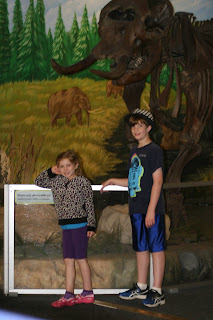 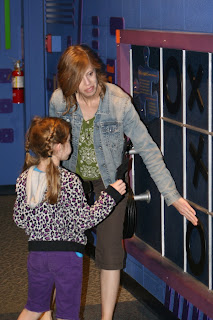 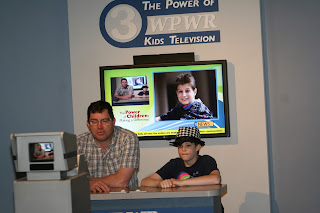