Last Sunday we celebrated Natalie's entry into tweendom with a Cupcake Wars-inspired party.  I absolutely love creating parties for my kids and Nat has tested me with her ideas. However, for the last couple of years, I've actually tried to talk her out of having a homemade party because I worried about how to be relevant to 9 and 10 year olds who spend their afternoons on Snapchat and producing music videos on their iPads whereas I don't even know how to program my own phone.

But Nat would not be persuaded.

"Mom, your parties are the best."

Buoyed by her confidence in me -- I pressed on.

I decided to build the party around two of Natalie's favorite things:
#1 Creating stuff
#2 Baking

As the girls arrived I divided them into three teams. Each group was given a "party kit" filled with team aprons, craft supplies and an assortment of toppings and fillings to use for their challenges. Their first challenge was to create their company's name, logo, message. Next, they were charged with decorating a "store-front" using a cardboard tri-fold. Once complete, they were to work together to create a yummy filling using at least three ingredients from the "inspiration table". They also had to frost and decorate their cupcakes for their client: Willy Wonka. I asked them to imagine Mr. Wonka was announcing a new candy and they were competing for the chance to have their cupcakes served at his candy-release party.  For their final challenge, each team had to decorate cupcakes for a particular client:
* St. Louis Zoo - for the grand opening of their new bear exhibit
* Missouri Botanical Gardens - for their 158th birthday party bash.
* St. Louis Aquarium - for their grand opening event

The girls took their challenges very seriously. The room was a buzz with creativity and concentration. It almost seemed as though a switch had been pulled.

I breathed a sigh...

After all challenges had been completed, each team set up their displays and took turns describing their creations to the judge -- Noah.

It was such a fun afternoon. My only regret is that I didn't book the room for the entire afternoon! I know my time with my girl...these girls is waning. I'm just so grateful I was given another opportunity. 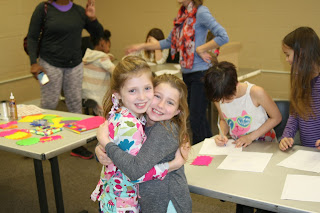 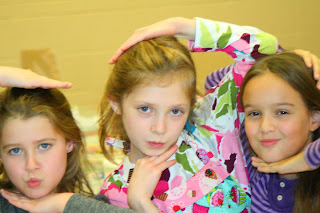 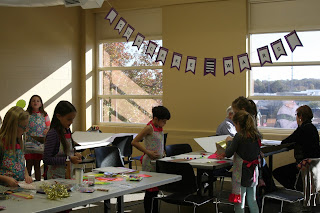 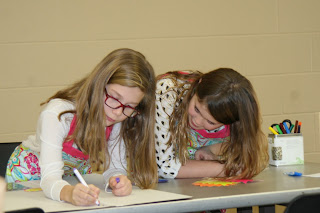 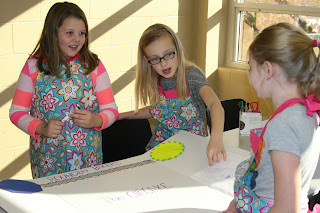 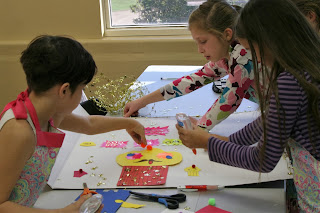 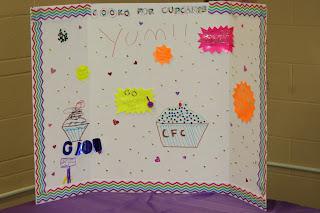 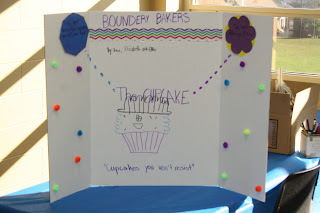 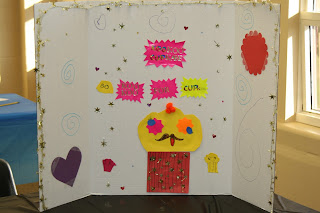 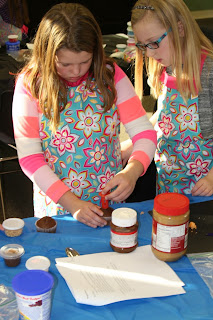 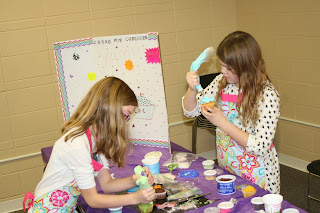 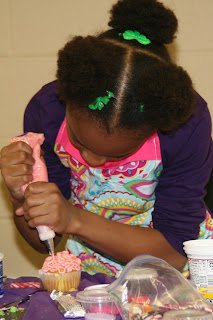 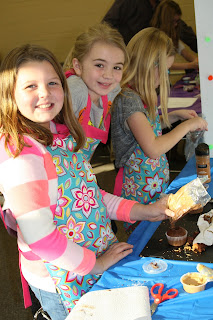 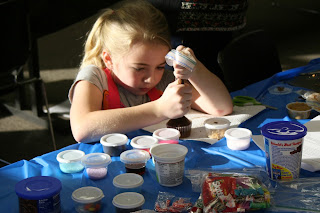 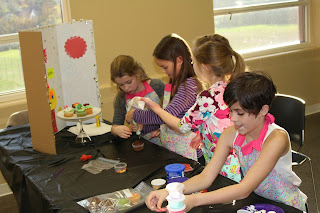 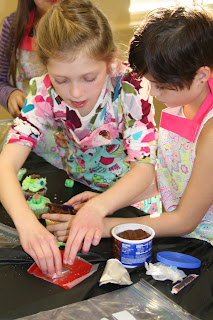 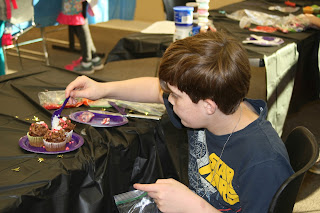 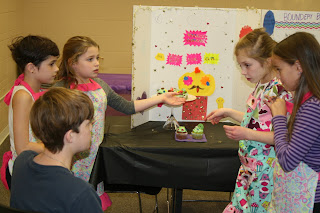 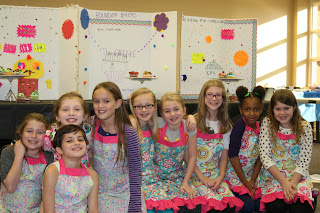 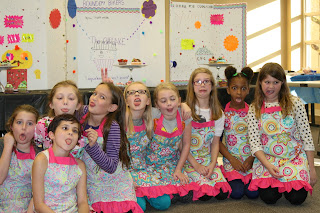 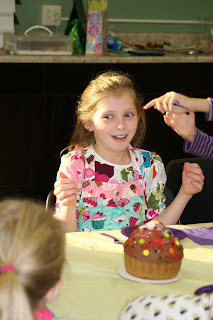 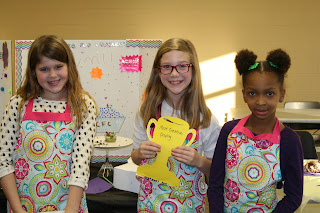 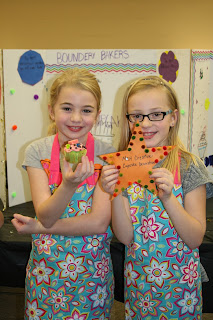 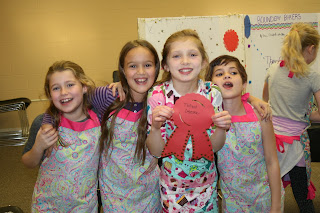