Fishing is not a Lesiure Activity

We left our house so early I never even had a chance to gulp down a cup of tea.

Steve had his game face on.

Every summer he and Natalie participate in the Des Peres Fishing Derby. Several years ago Natalie won in her age division for most fish caught. She and Steve were looking for another win. However, when we pulled into the park at 7:12 a.m., we saw that our lucky spot was already taken.

I could tell he was on edge, but determined as the park quickly filled with more than 50 young anglers -- each looking for the perfect spot. Many armed with wagons-full of gear. Steve grabbed our supplies (two rods, a small container of hooks and some hot dogs) and began searching for a new spot.

At 8 a.m. Natalie cast out her line and within minutes had her first bluegill. She continued to cast and catch more than 30 bluegill over the next 90 minutes. All the while Steve serving as her dedicated coach.

With only 15 minutes remaining in the contest, Natalie's determination never waned. I watched as she cast out again and again. Only stopping to grab a sip of water or to bait her hook. While many of the young angler's interest was fading, Nat was in a groove. Her casting skills stronger as the morning went on. Then it happened. She cast out into a patch of lily pads and as I watched her rod bend, I knew this was the one she'd been waiting for...a monster.

In the end she slayed the competition by catching the biggest fish of the day -- a 20 inch channel catfish and she also earned the award for catching the most fish (22 feet of fish).

Natalie has never played on a team sport like soccer, softball and volleyball, but she's a sportsman nonetheless. 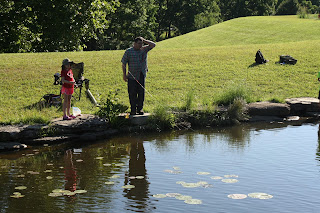 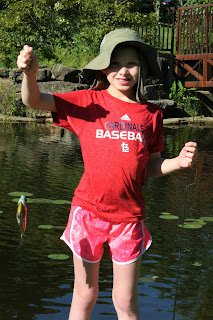 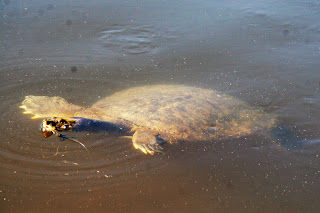 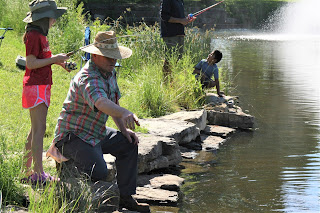 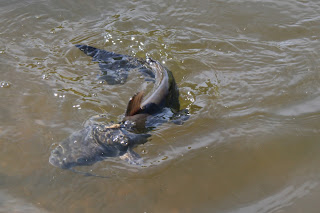 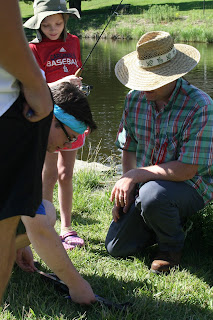 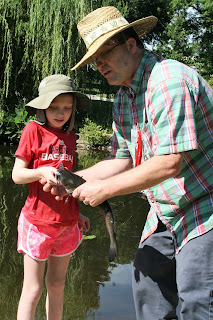 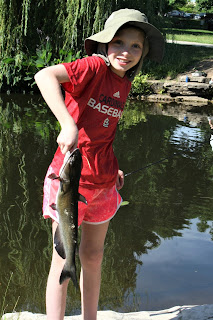 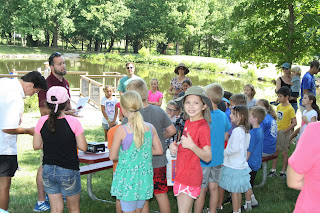 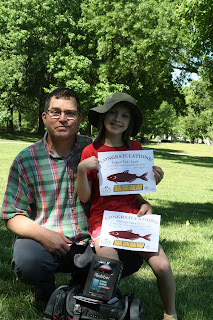