At our house we don't have cable or a DVR. In fact, it's been several years since I watched a current sitcom. We only turn on our 21.5 inch screen about once a week for a Netflix show. Finding a program everyone in our house can enjoy can be difficult. Recently we discovered The Great British Baking Show. Steve and I love the show because it's free from the conniving and poor sportsmanship that seems to permeate most reality shows. Natalie, who likes to peruse cookbooks in her spare time, loves to pick up cooking tips while Noah just likes to practice his British accent.

Today Steve took the day off from work because Natalie did not have school and he didn't want me to miss out on my drawing class (a birthday gift from him). Together he and Nat decided they would use the day to recreate a complicated Swedish Princess Torte shown on one of the GBBS episodes. On the show contestants were given 5 1/2 hours to replicate Mary Berry's recipe. Steve and Nat did everything from scratch (apart from making the raspberry jam and marzipan). It took them nearly 4 1/2 hours to complete the yummy confection, but the memories she created with her Dad are sure to last a lifetime -- at least that's my hope.

Sometimes a way to a woman's heart is through her stomach. 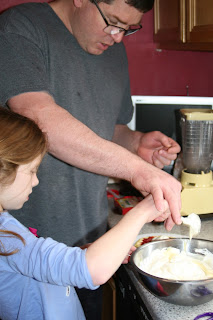 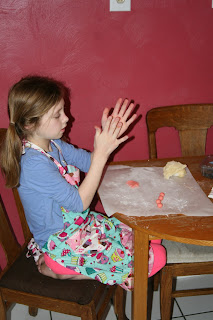 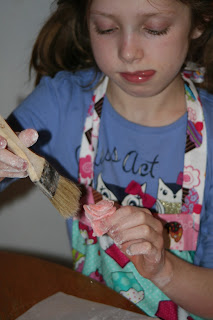 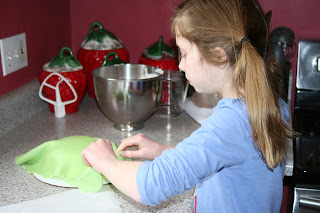 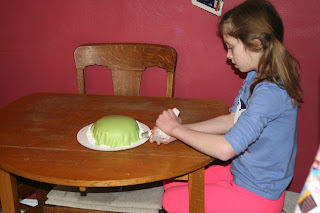 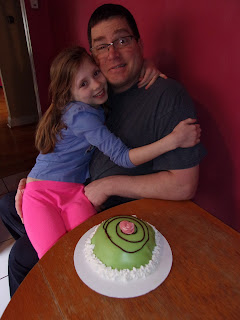 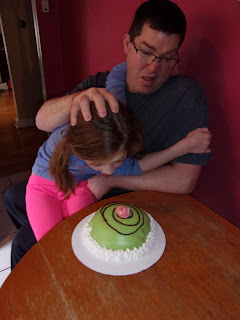