Postcards From the Peanut Gallery Wk. 6

6/30 - 7/3/14 Camp Fun
While a little apprehensive at first, by day two, Natalie was nearly running into the building to participate in "104 Days of Summer" at COCA. A half-day camp devoted to developing skills in dramatic play, team-building and creativity through art and games.  Cardboard boxes became time machines.  A piece of foam board was transformed into a bumper car. On the last day, Steve and I attended her group's culmination program.  During the 15 minute performance, the kids pretended to blast off to a new planet in a ship of their own design and venture into a new time and place.  They weaved their hand-made bumper cars through an obstacle course and more! With applause, Natalie's smile stretched from ear to ear...I know we'll be looking at programs for the fall. 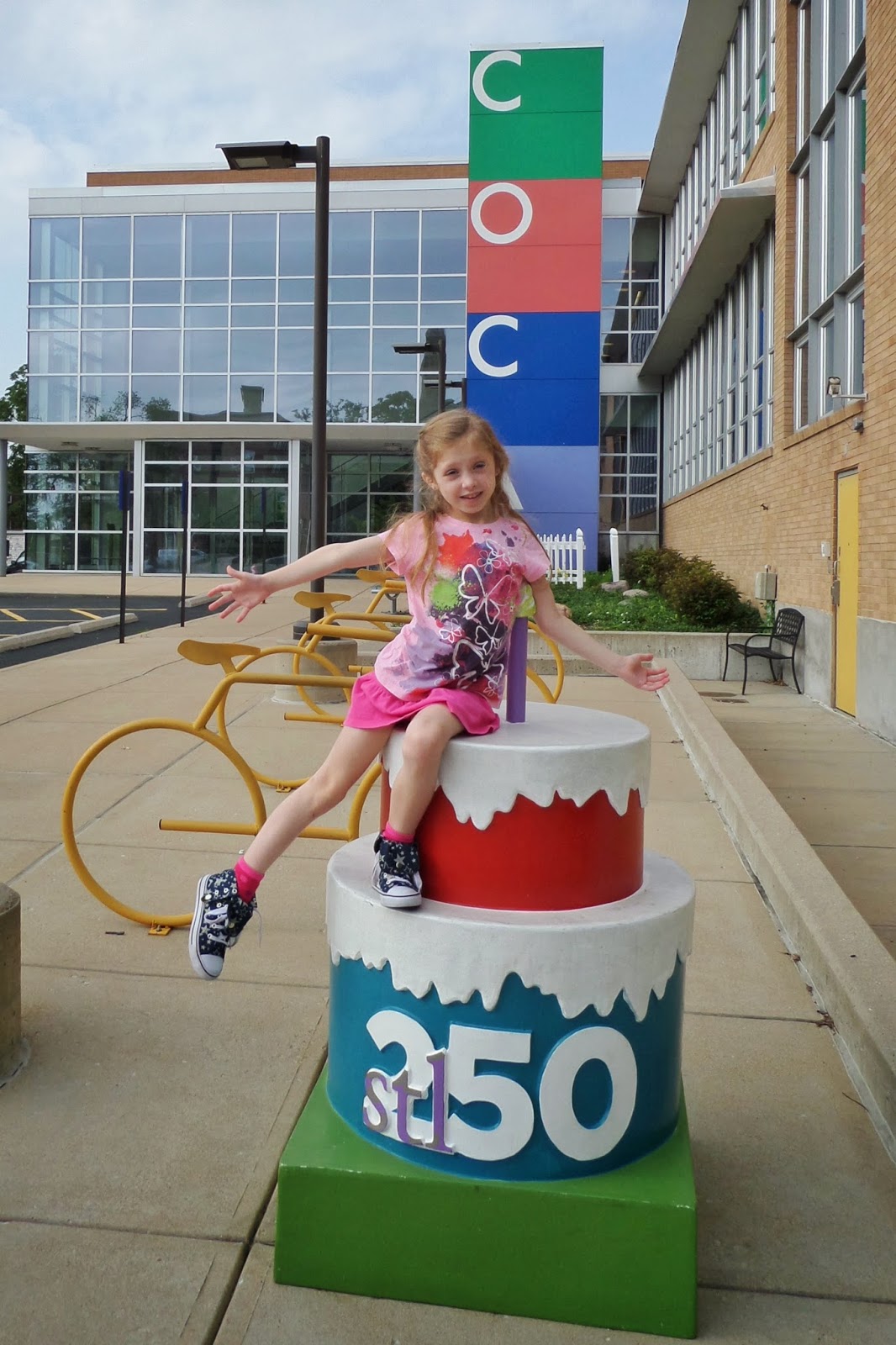 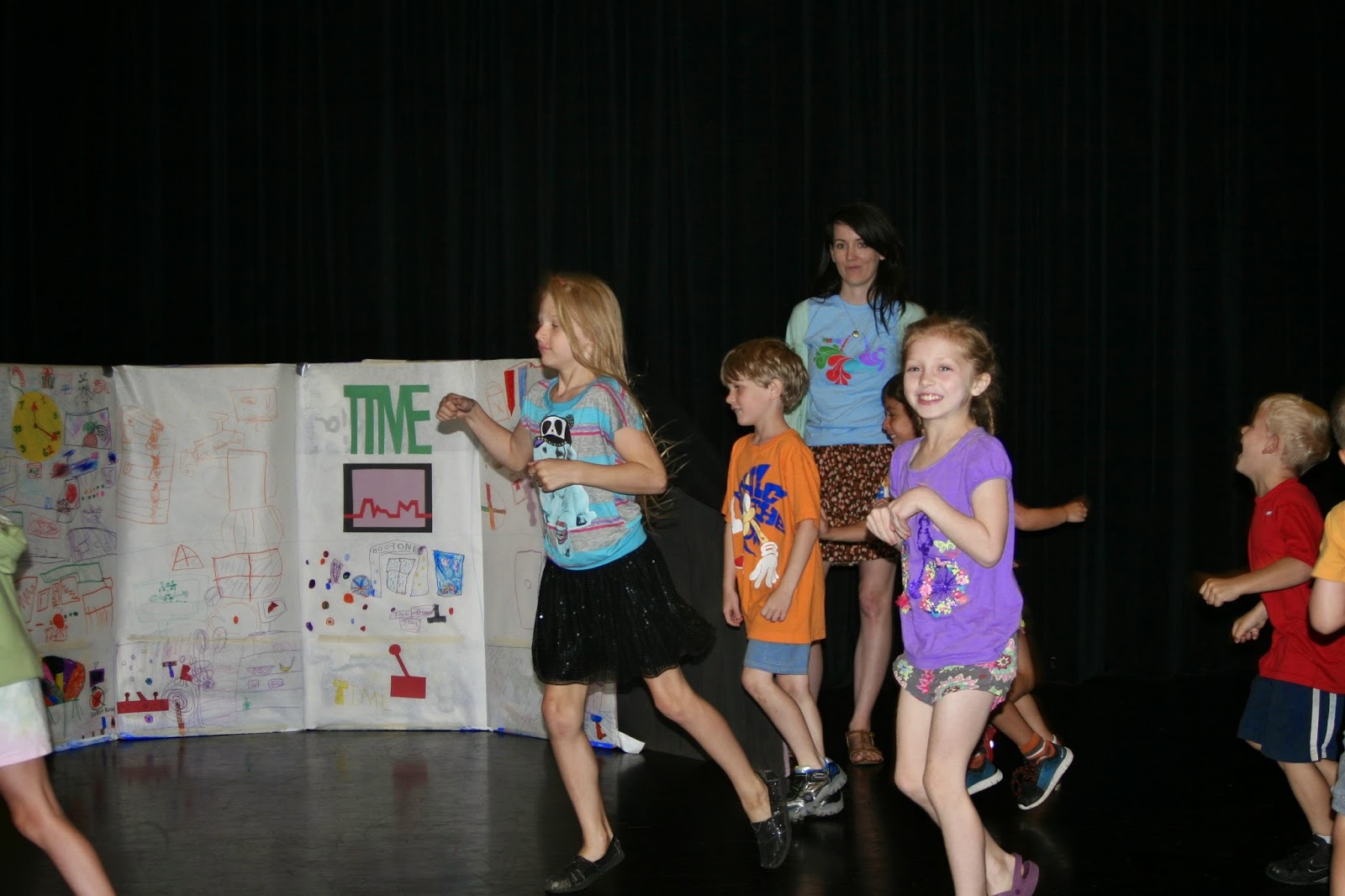 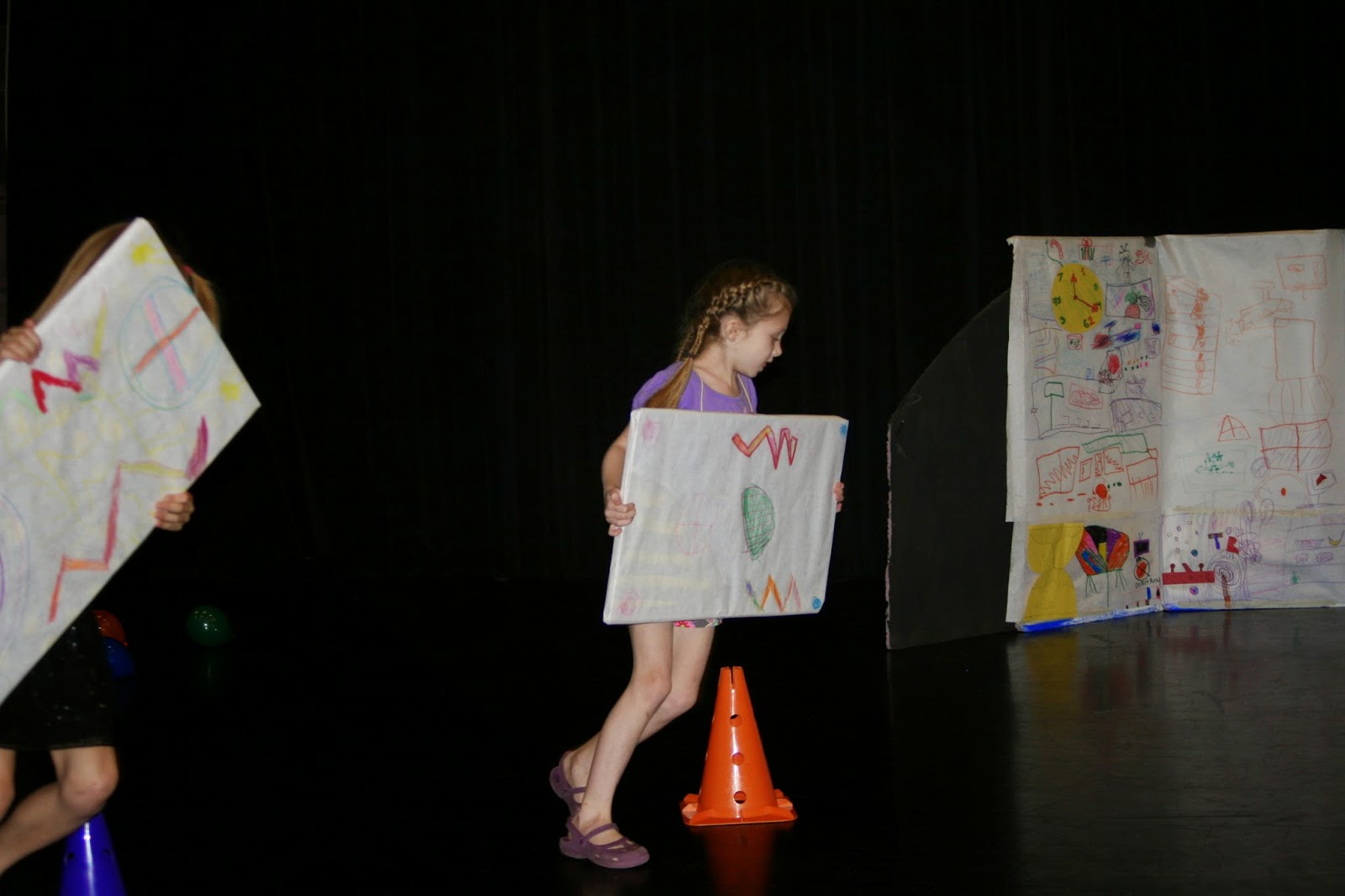 7/2/14 Visitor's Day at Camp Happy Day
While this is Noah's fifth year attending camp, I am continually impressed with the staff and programming available at Camp Happy Day.  Getting kids (especially those who already struggle academically) excited and engaged with reading, writing and math is a tall order, made even tougher during the summer months when kids just want to "be done" with learning.  Under the direction of creative teachers and loving camp counselors, Noah has thrived and looked forward to going to camp each day.  And, with only six campers in his group, he receives the attention he needs to succeed.  Thank you Action for Autism! Thank you to all our friends and family who have contributed in the past to Action for Autism.  Your donations have made a huge difference in Noah's life.
7/3/14 Sweet Stop
In between running both kids to camp and grocery shopping, Steve and I squeezed in a stop at Pie Oh My.  Located on Sutton Avenue, the sweet shop, offers a range of nearly 40 made from scratch sweet and savory pies in four sizes. Daily offerings vary and depend on availability of seasonal fruit.  Pie snobs look no further for a slice of heaven. 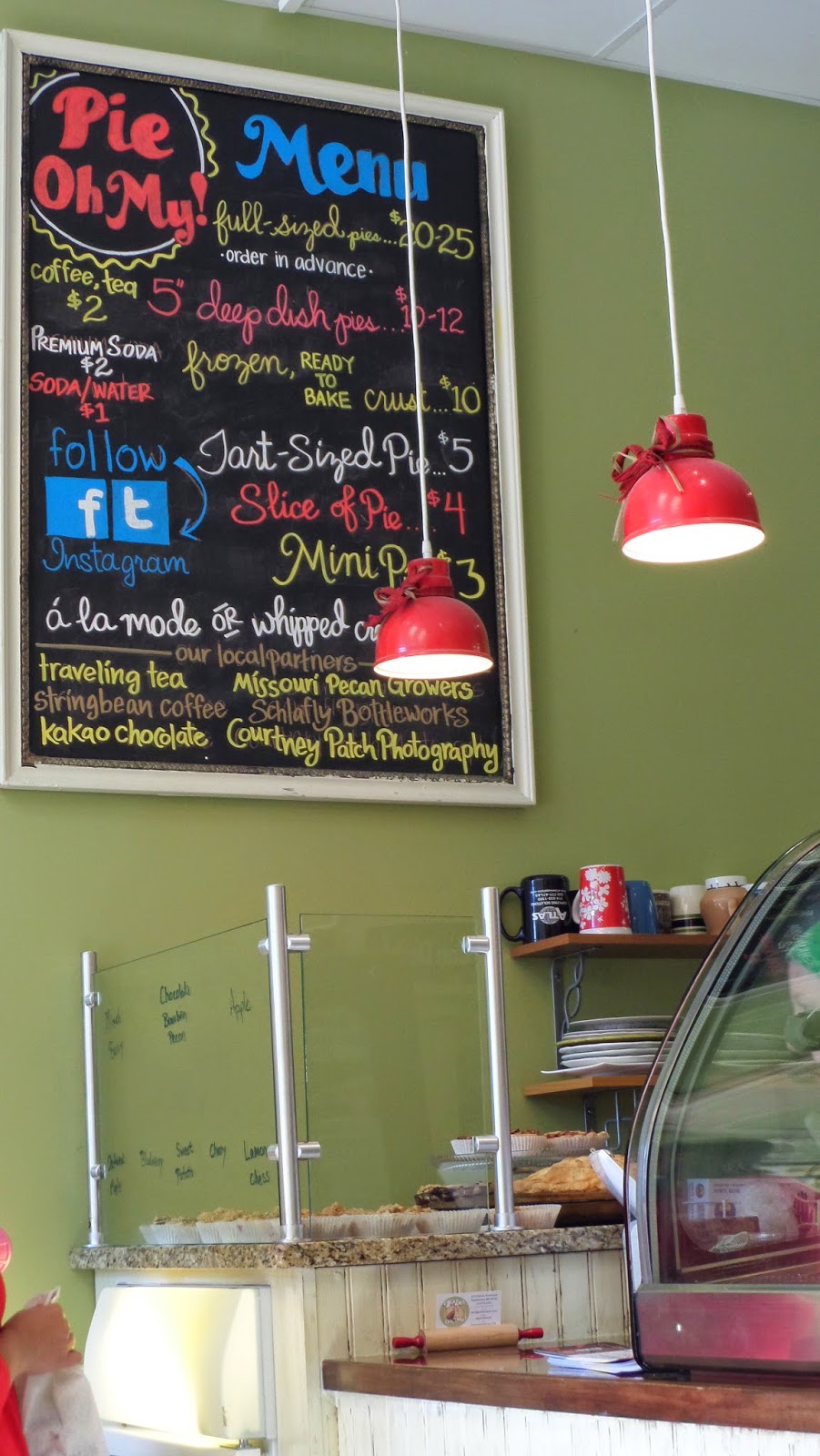 7/3/14 Impromptu Play Date
After lunch, Steve and I took advantage of the unseasonably cooler temps to enjoy DesPeres Park with the kids.  When we arrived there were only a handful of kids on the playground. Noah watched as a few kids played tag and asked if he could join in.  But, he was told no and when he asked why - the response was simply "because we don't want to."
Argh.
As you can probably imagine, Noah was crushed and began spiraling downward - that is until I received a text from my friend, Eraka.  When I shared with her what had just transpired - she simply sent in her cavalry.  Within minutes her husband and three youngest children were on hand and ready to play.  She did this - even though she was expecting out of town guests in a few hours.  She couldn't help...but help.  What could have been a very short and negative outing, was quickly transformed into an awesome, impromptu play date.  Eraka and her step-sister, Megan and her three kids later joined us at the park.  We laughed, we played, we fished...Dear God - Thank you for loving, faithful friends.


4th of July Fun!
While attending our hometown parade is a tradition we enjoy each year, this was perhaps the most pleasant weather we've ever experienced on the 4th.  Another surprise -- we bumped into our friends, the McCullas, once more!  The kids had a ball waving and clapping and diving for candy thrown out by parade participants.  That evening we took the Metrolink into Forest Park to experience Fair St. Louis.  A first for all of us.  We trekked 6/10 of a mile from the Metro station to the fairground gates and then headed for Art Hill.  The place was crawling with people, but my camp was just happy to be in the mix.  Natalie even ran into a friend of hers at the kid's area.  We left before the 10 pm fireworks, but arrived home just in time to watch the night sky light up a block from our house. 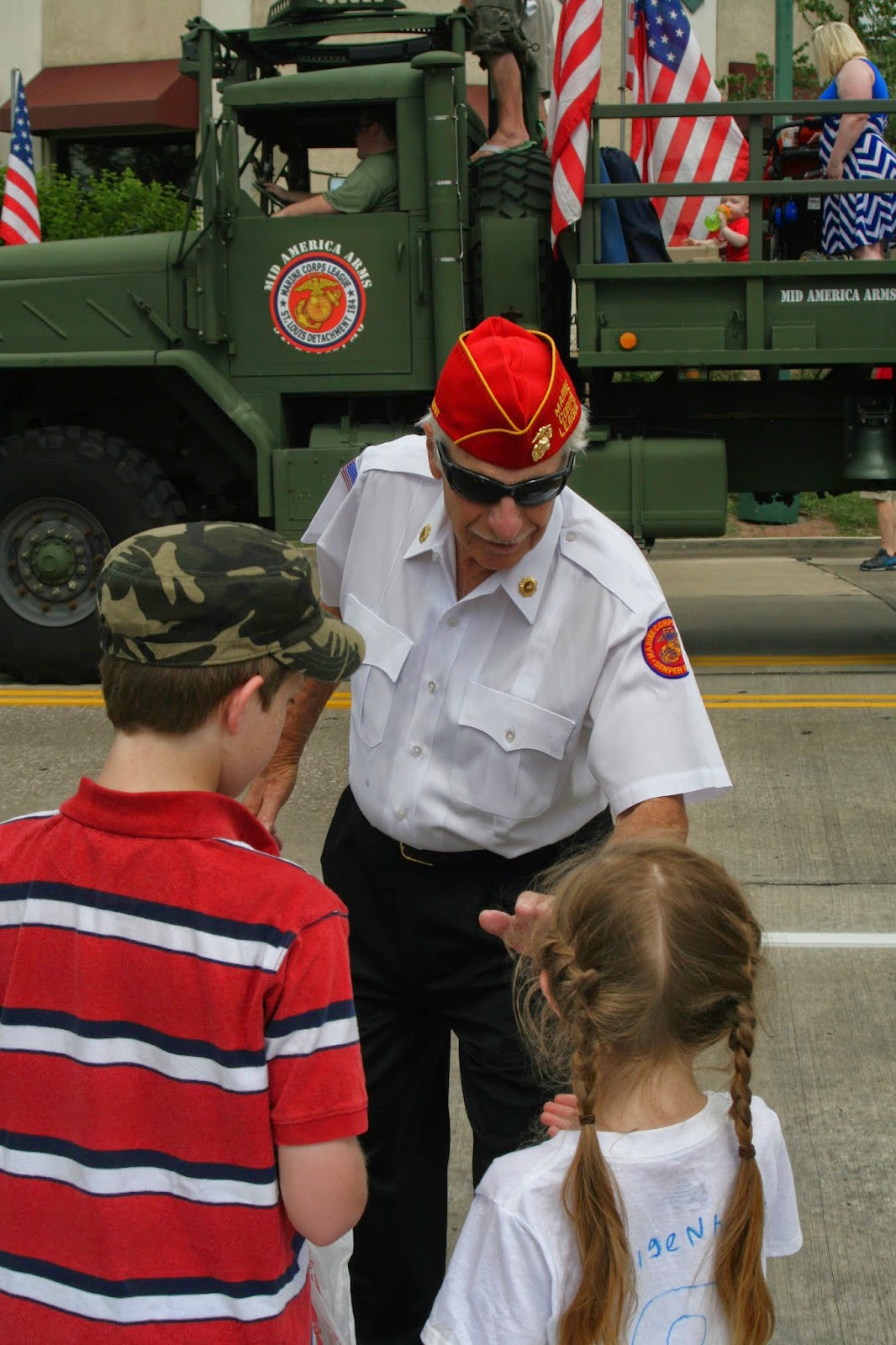 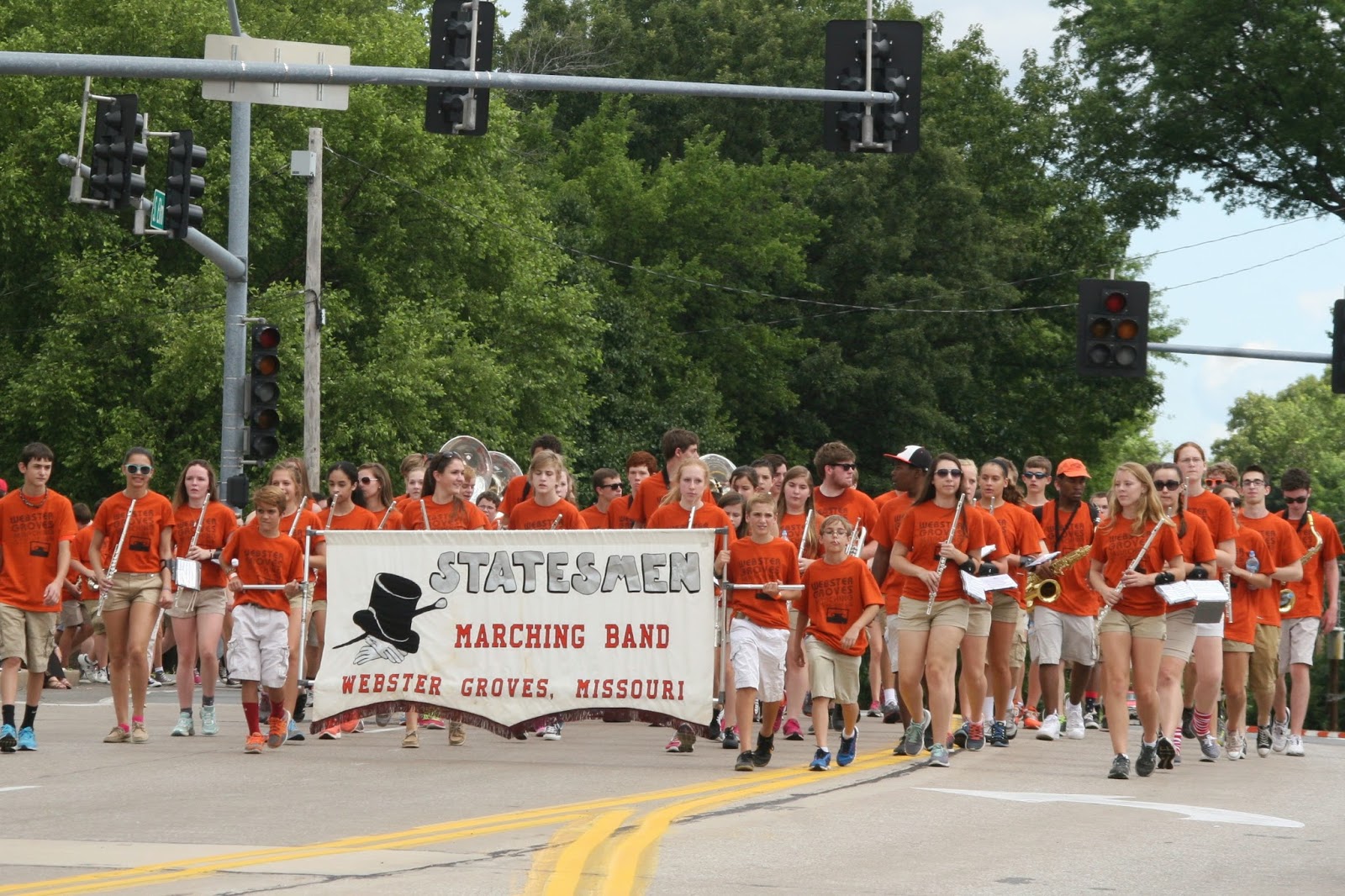 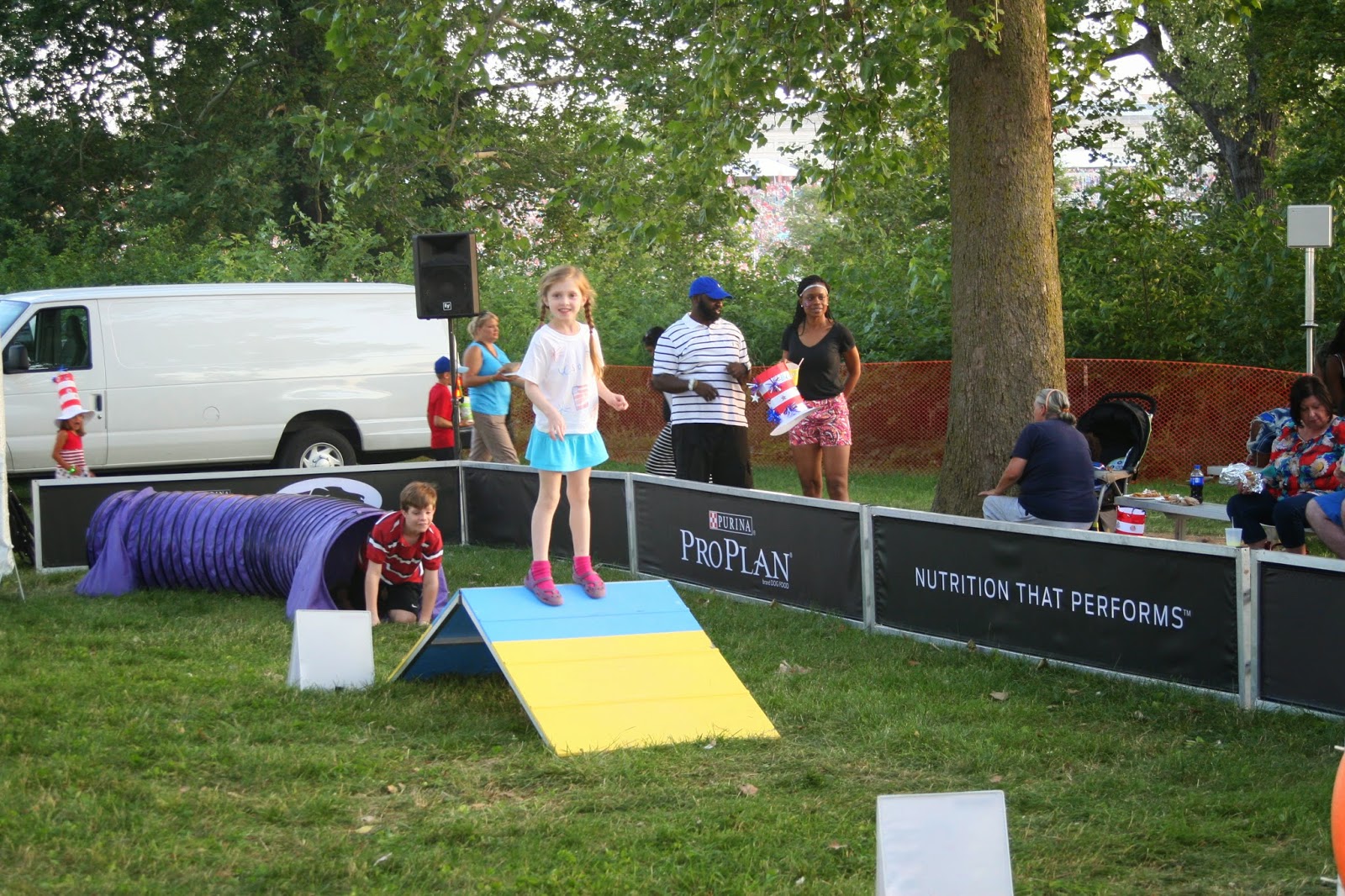 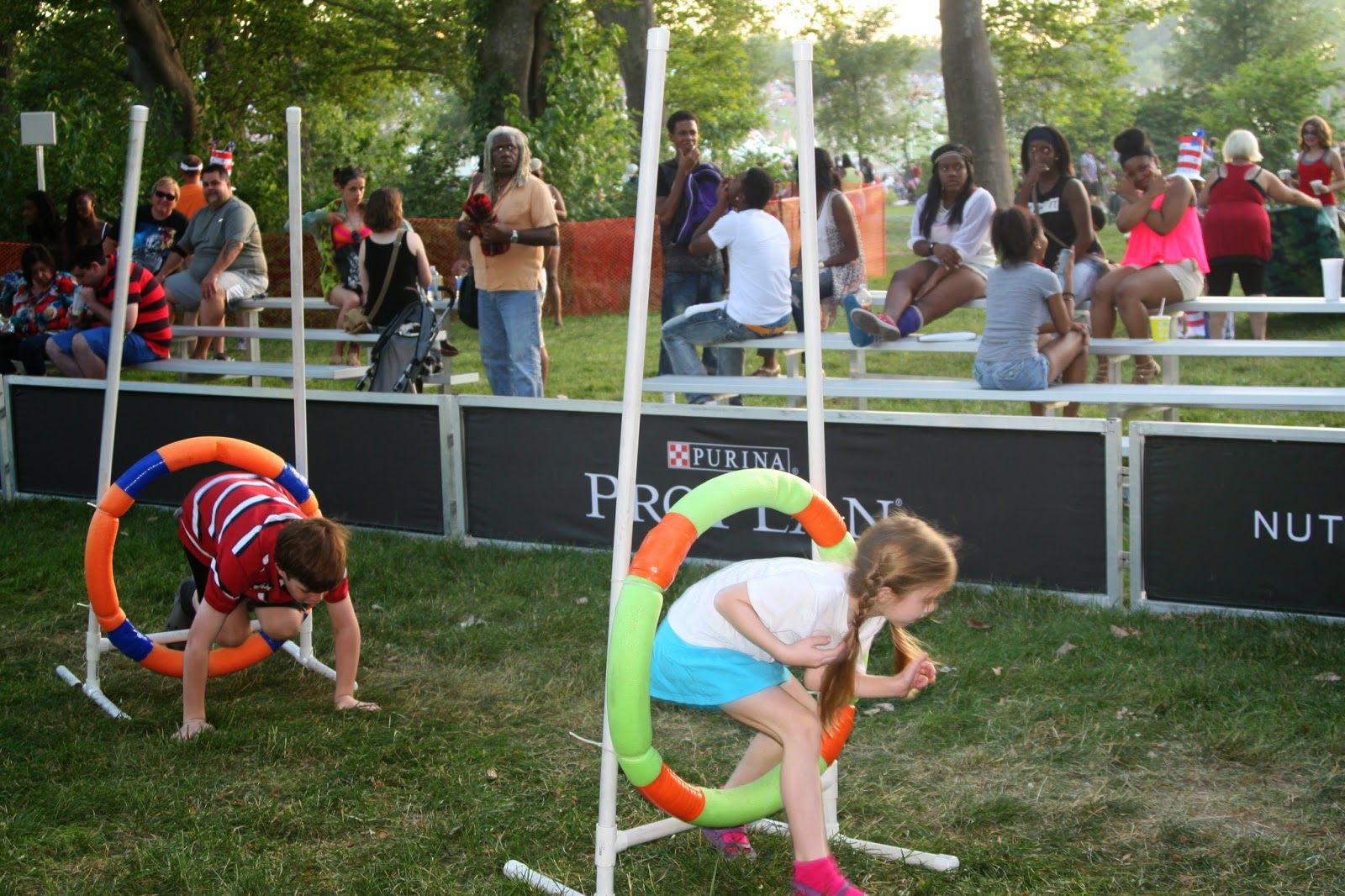 7/5/14 Birthdays and BBQ
We celebrated our neighbor's grandson's 1st birthday. I love this shot of  Ethan and his expression as he glimpses his green grin. 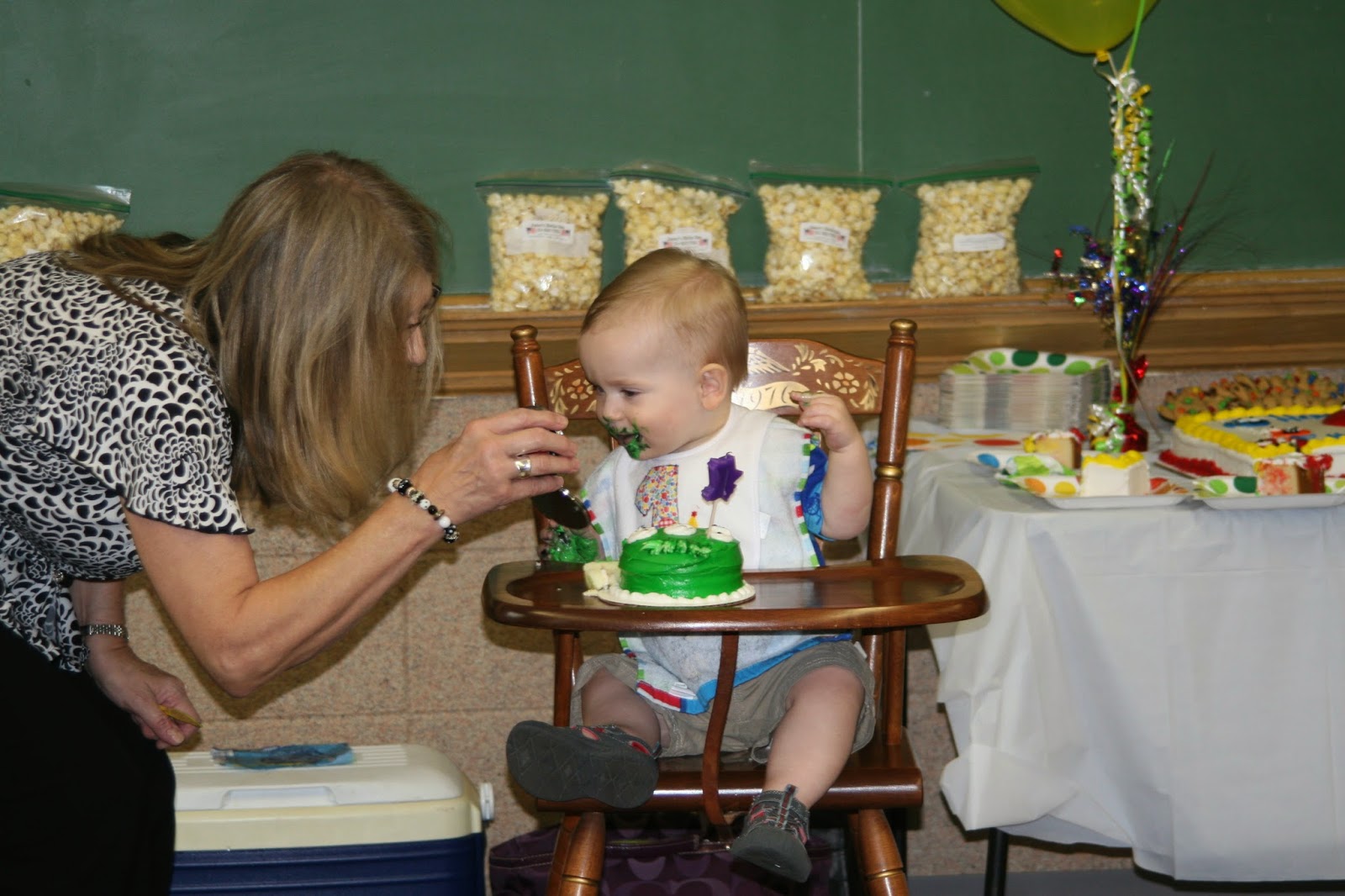 7/6/14  No Bones About It - A Good Time
On Sunday we headed south for a new adventure. Though I've lived in St. Louis all my life, I've never been to Mastodon State Historic Site.  Located about 20 miles south of the city, the site is the home of the Kimmswick Bone Bed, one of the most  extensive Pleistocene ice age deposits of fossils, including a number of mastodon bones. Interpretative trails and picnic sites dot the park and a museum tells the story of the Clovis culture, which existed in the area between 10,000 and 14,000 years ago. Afterwards we stopped in at The Blue Owl for Sunday dinner of fried chicken with all the fixins. The last time I had been to Kimmswick was as a kid for their annual Apple Butter Festival.  The kids really enjoyed meandering through the small town shops.  We had planned to walk off our meal and then enjoy a slice of the Blue Owl's "Levee High Apple Pie" made famous after it made Oprah's list of favorite things, but when we returned, the display case was nearly empty.  We settled for a slice of Death by Chocolate cake. We'll be back! 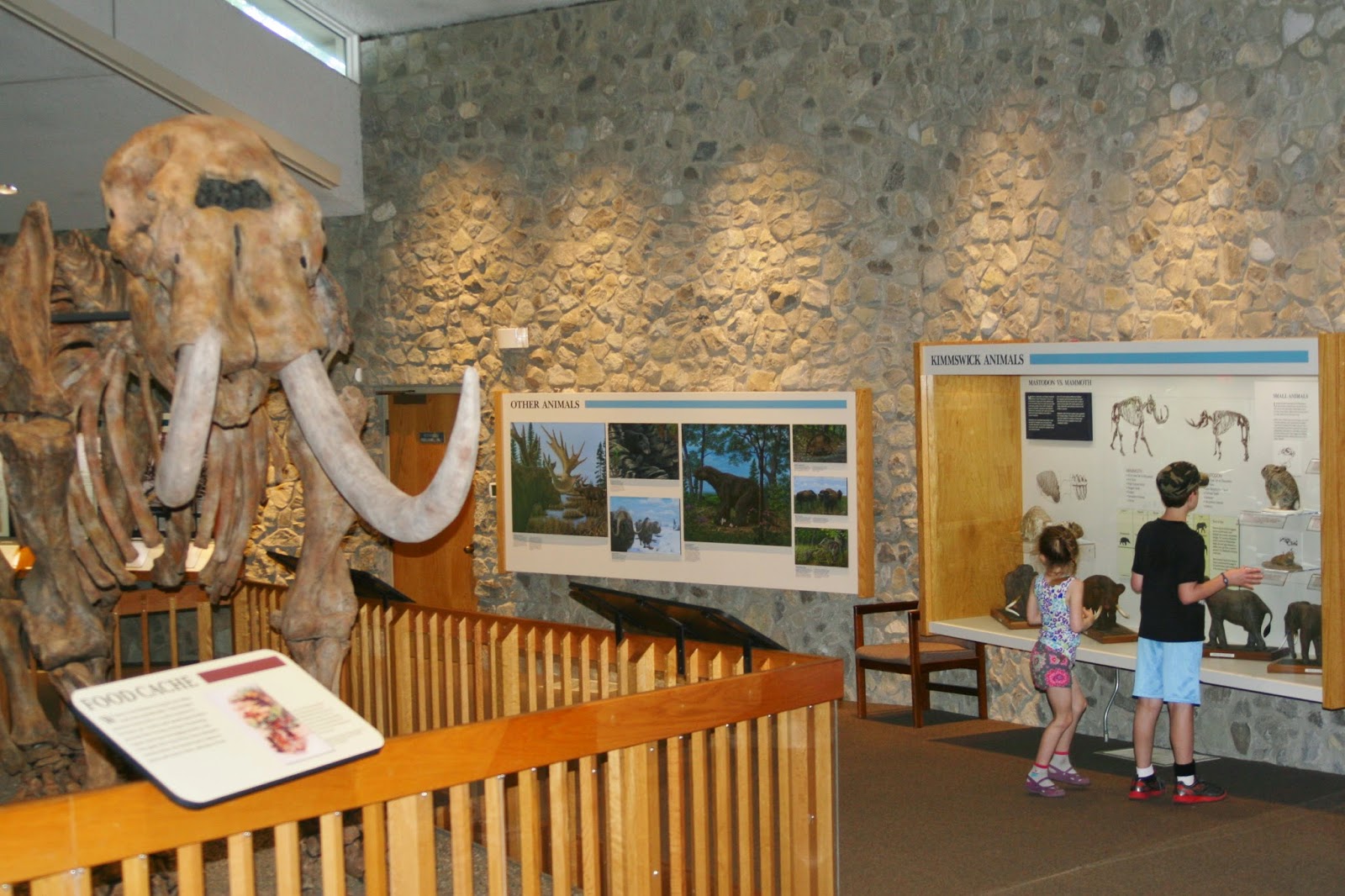 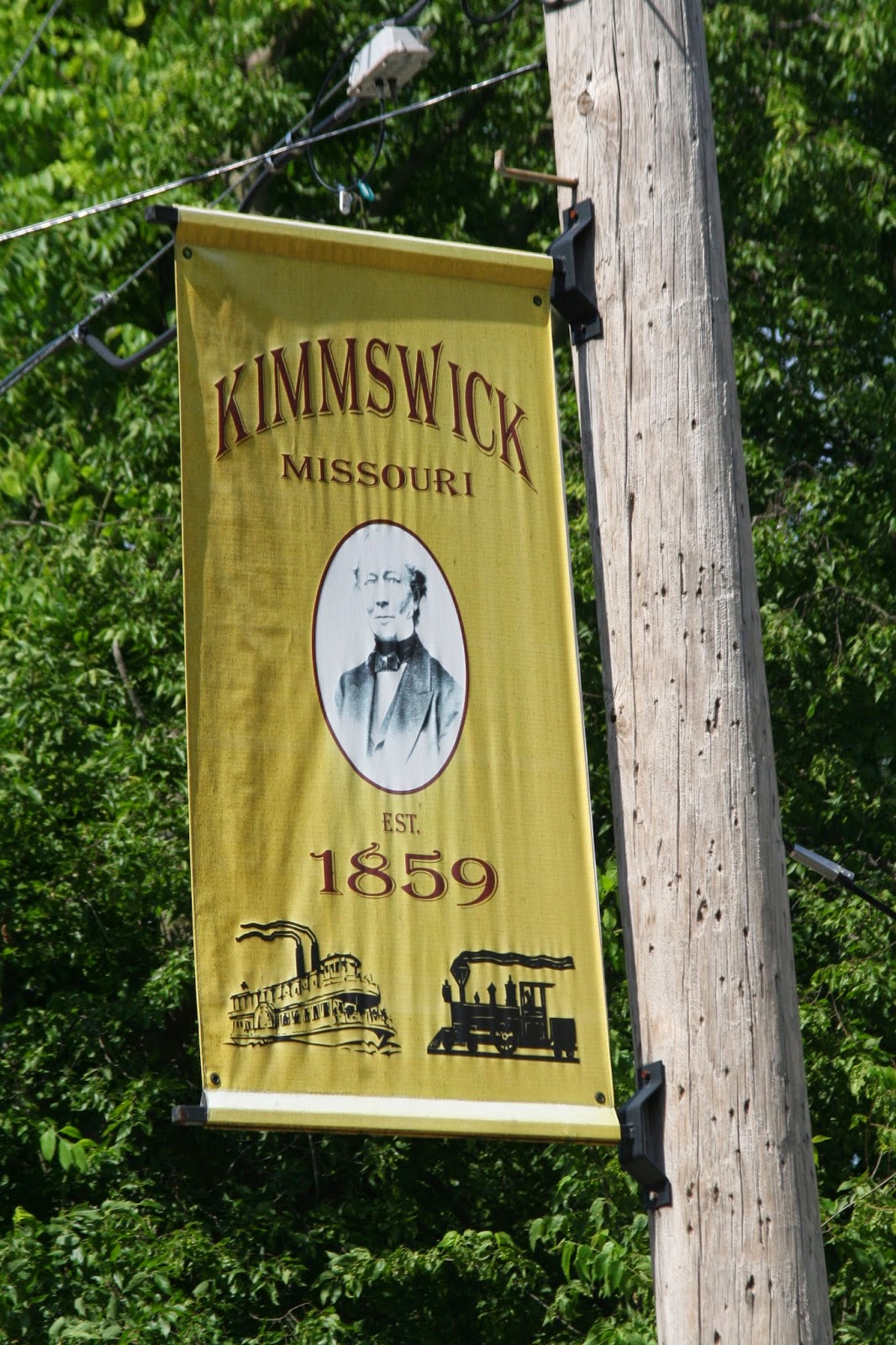 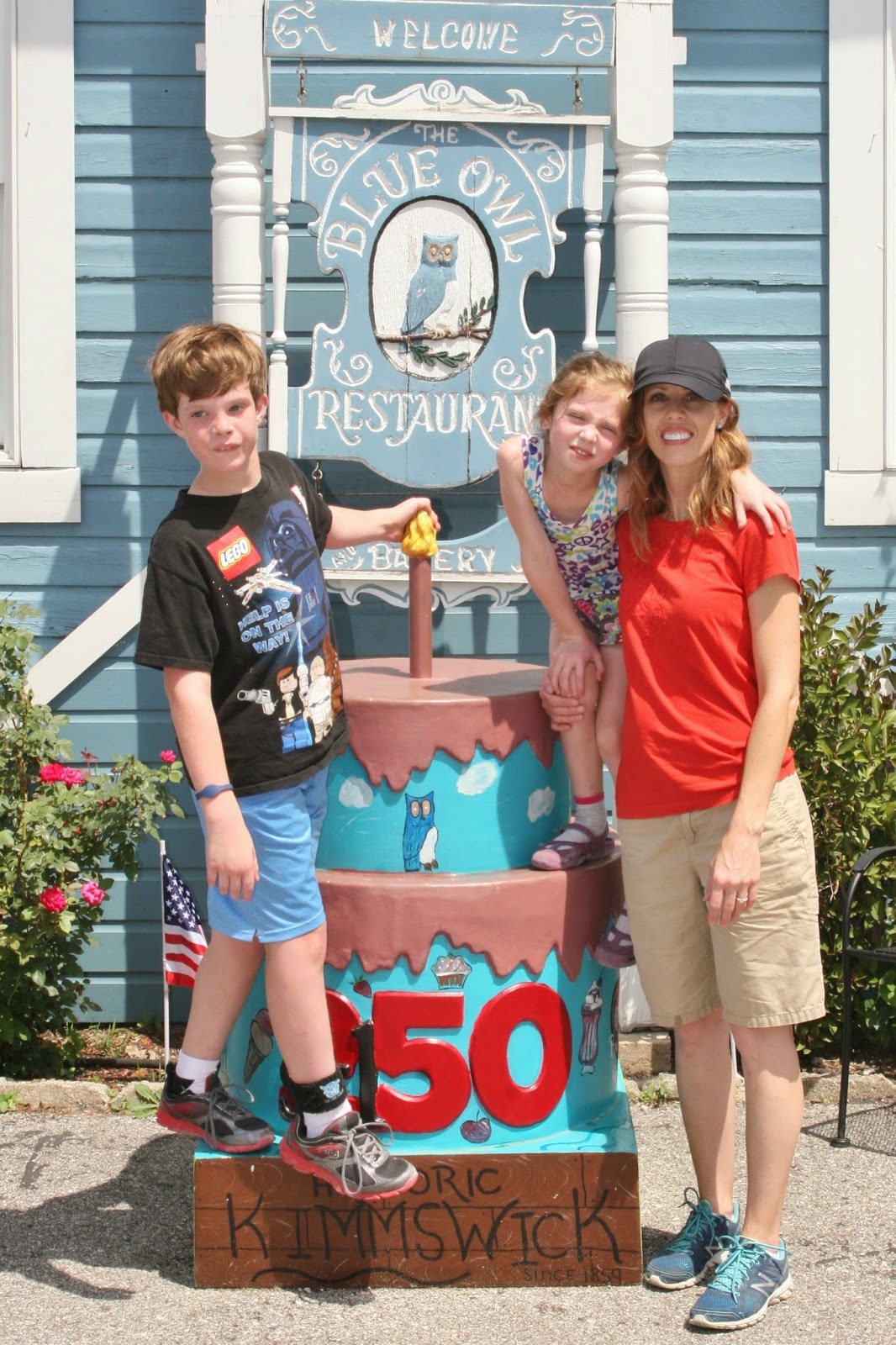 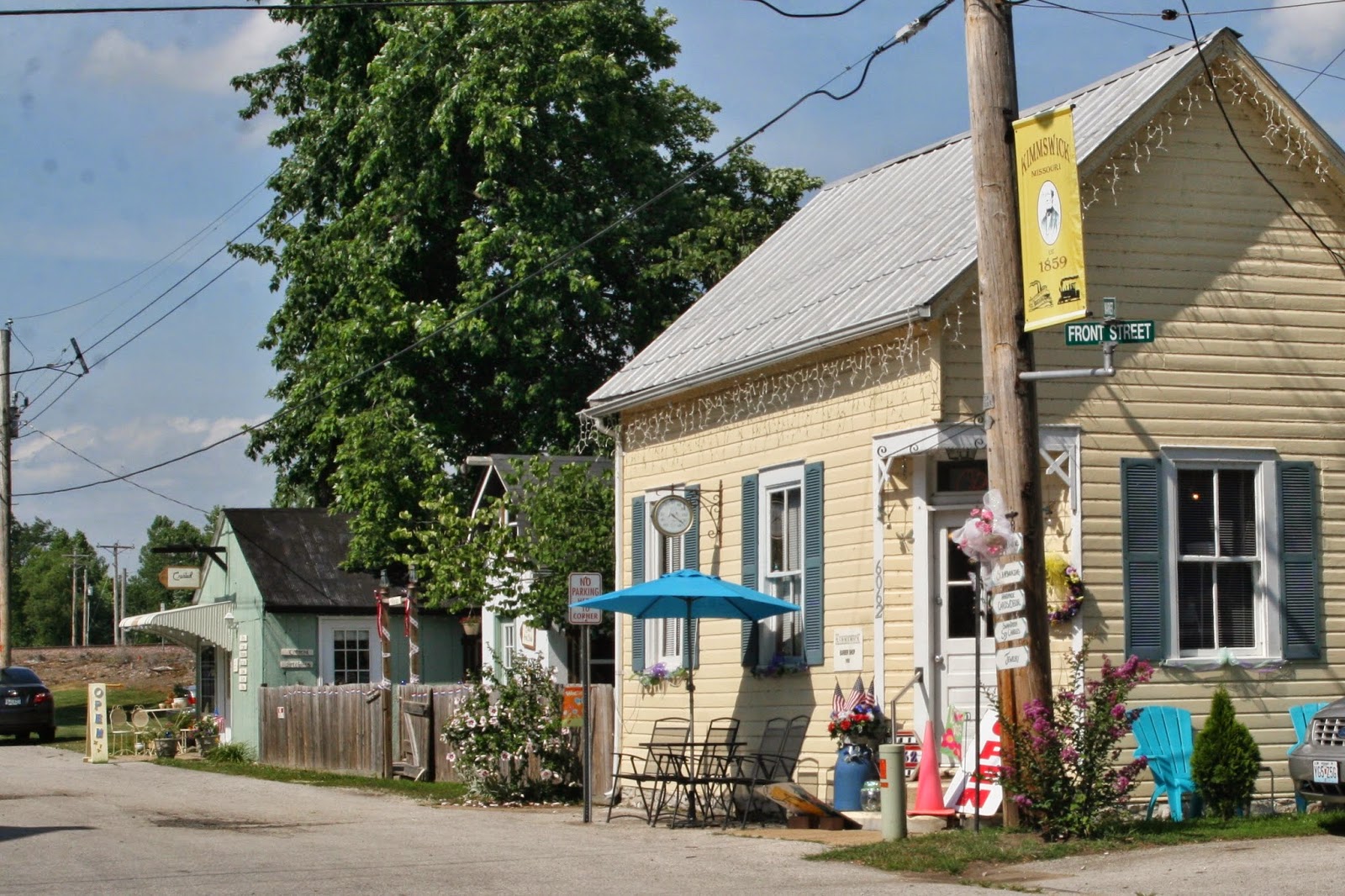 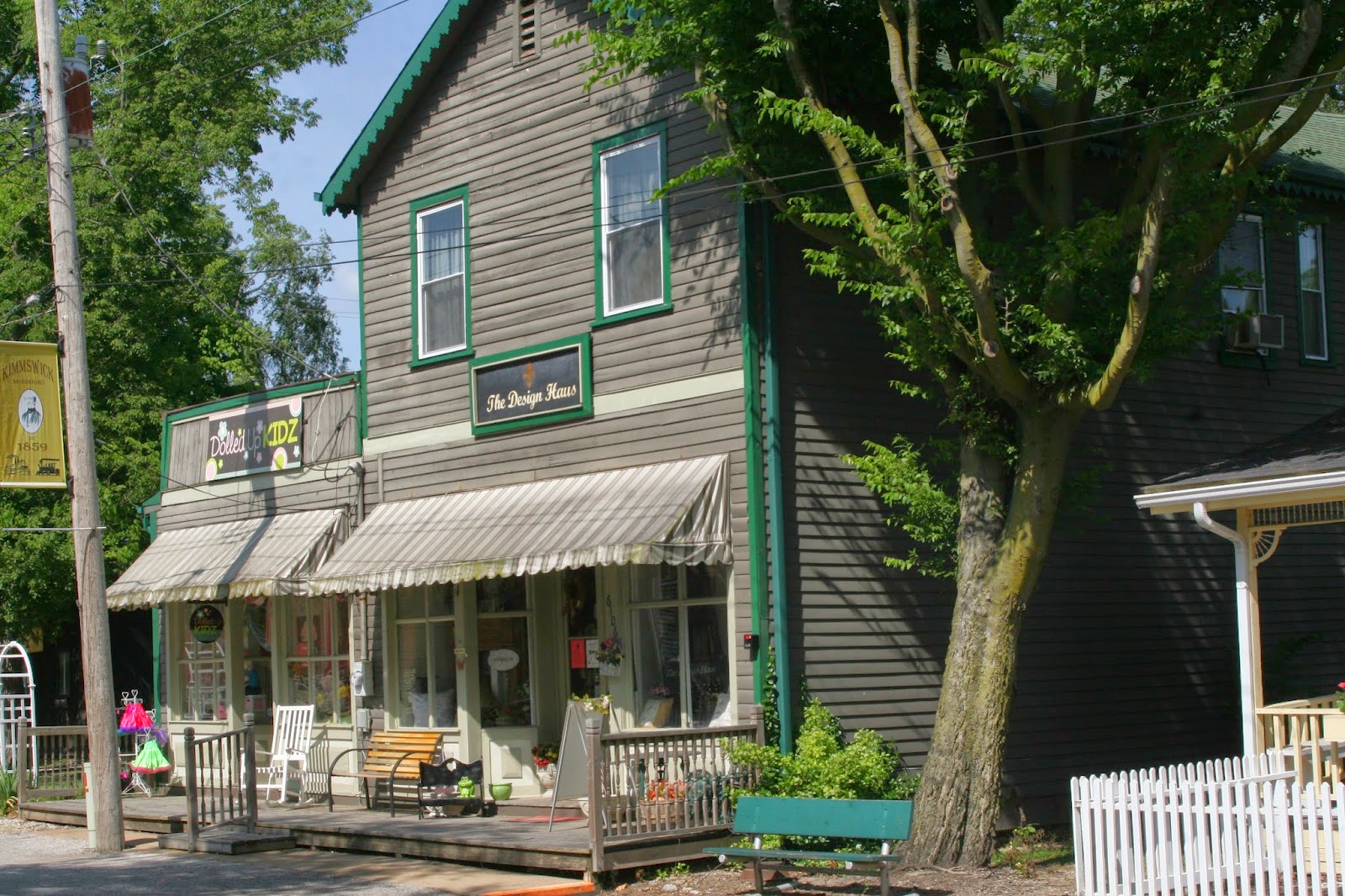 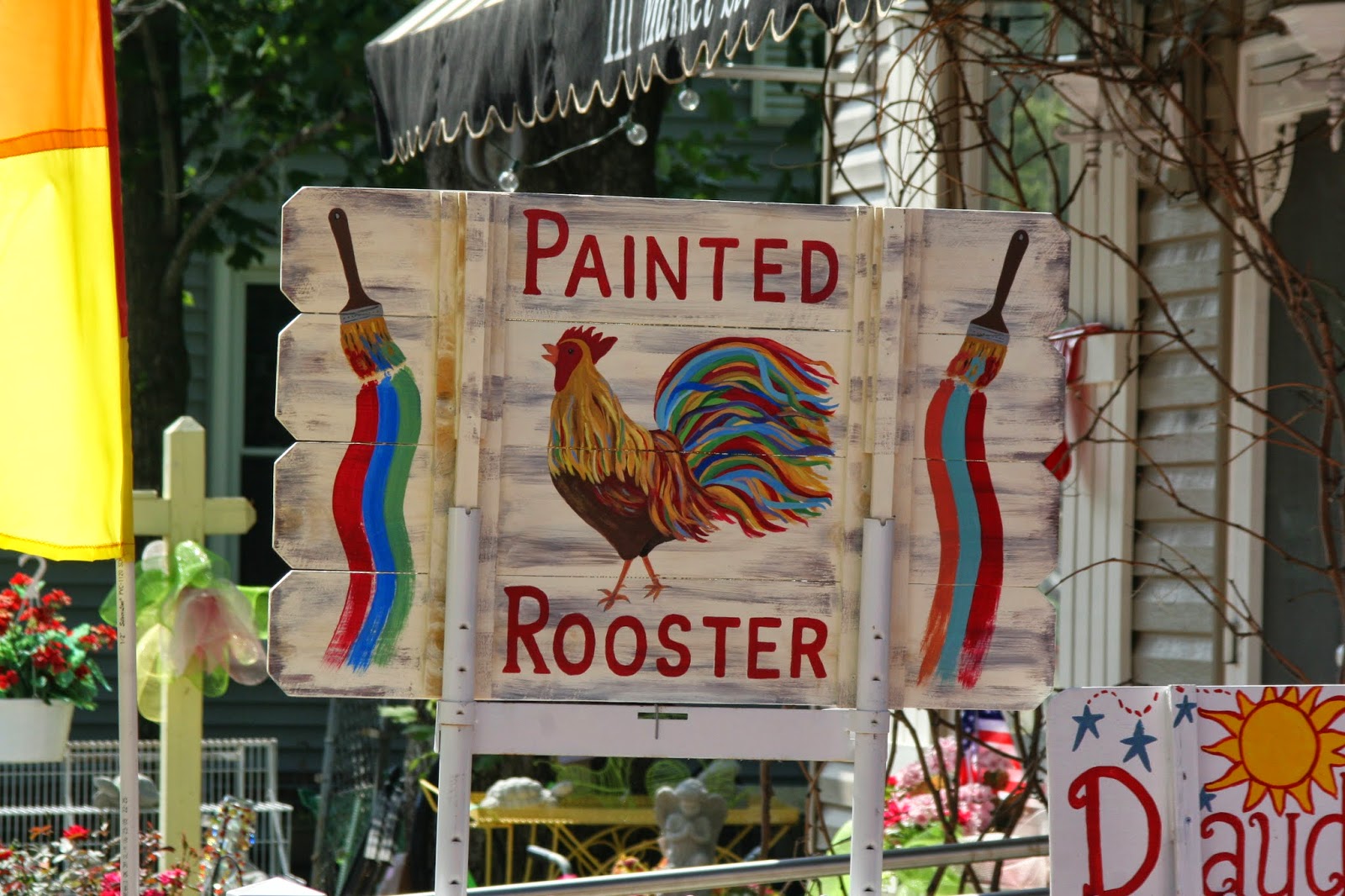 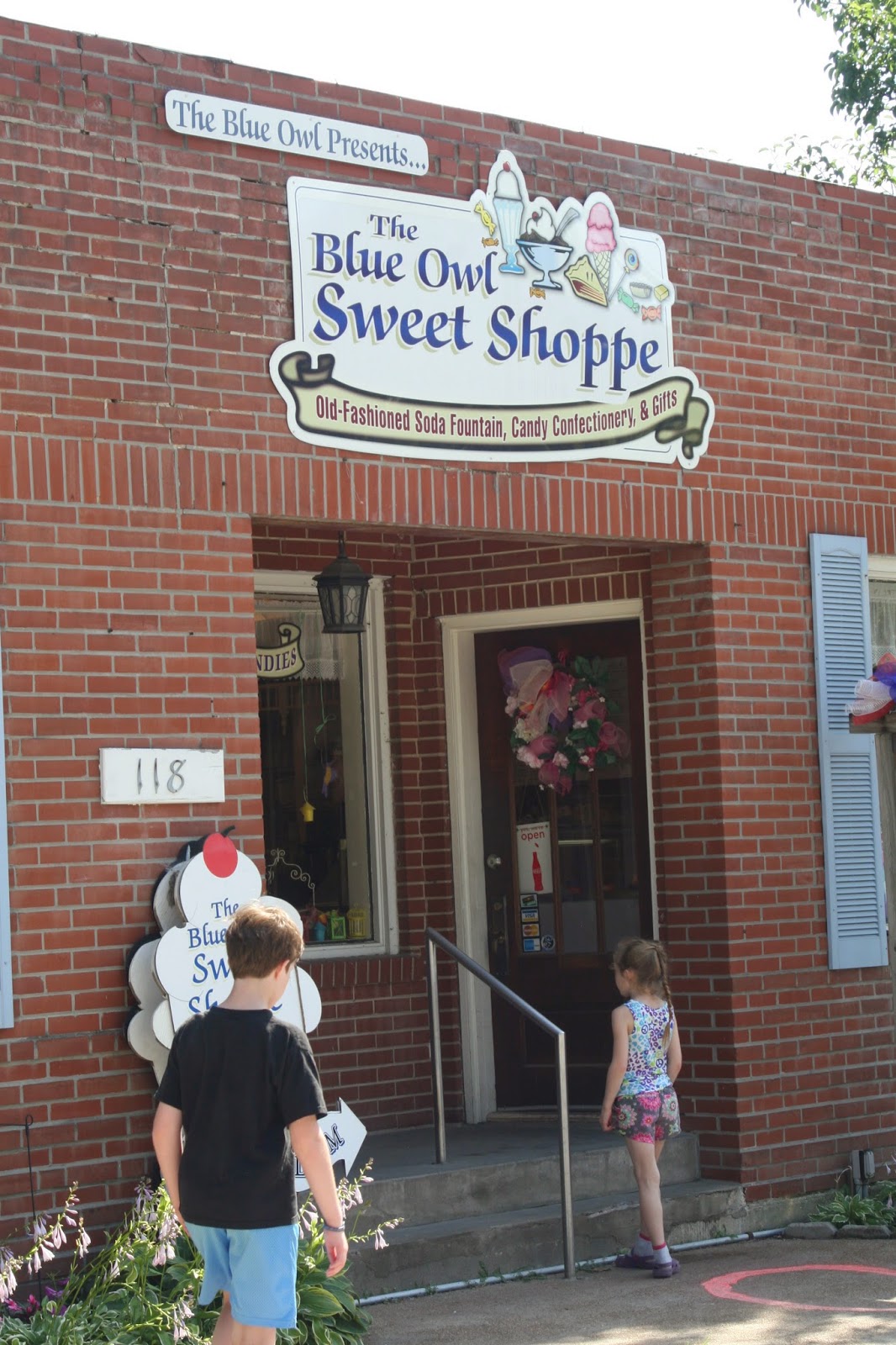