Natalie recently submitted, Pigs in Space, for the St. Louis County Library's Write Stuff contest.  The rules required that it be typed and 250-500 words (it was tough for her to keep it so brief).  She also needed to insert the following words into the piece: "I pulled back the paper and there you were." While typing is new for her and the process is slow (Natalie told me, "Writing is like carefully unwrapping a delicious piece of candy.") she enjoyed it and seemed to produce work with far greater detail than she ever has by writing things out by hand. However, after submitting her piece, she decided it needed a few things...like a table of contents and artwork. 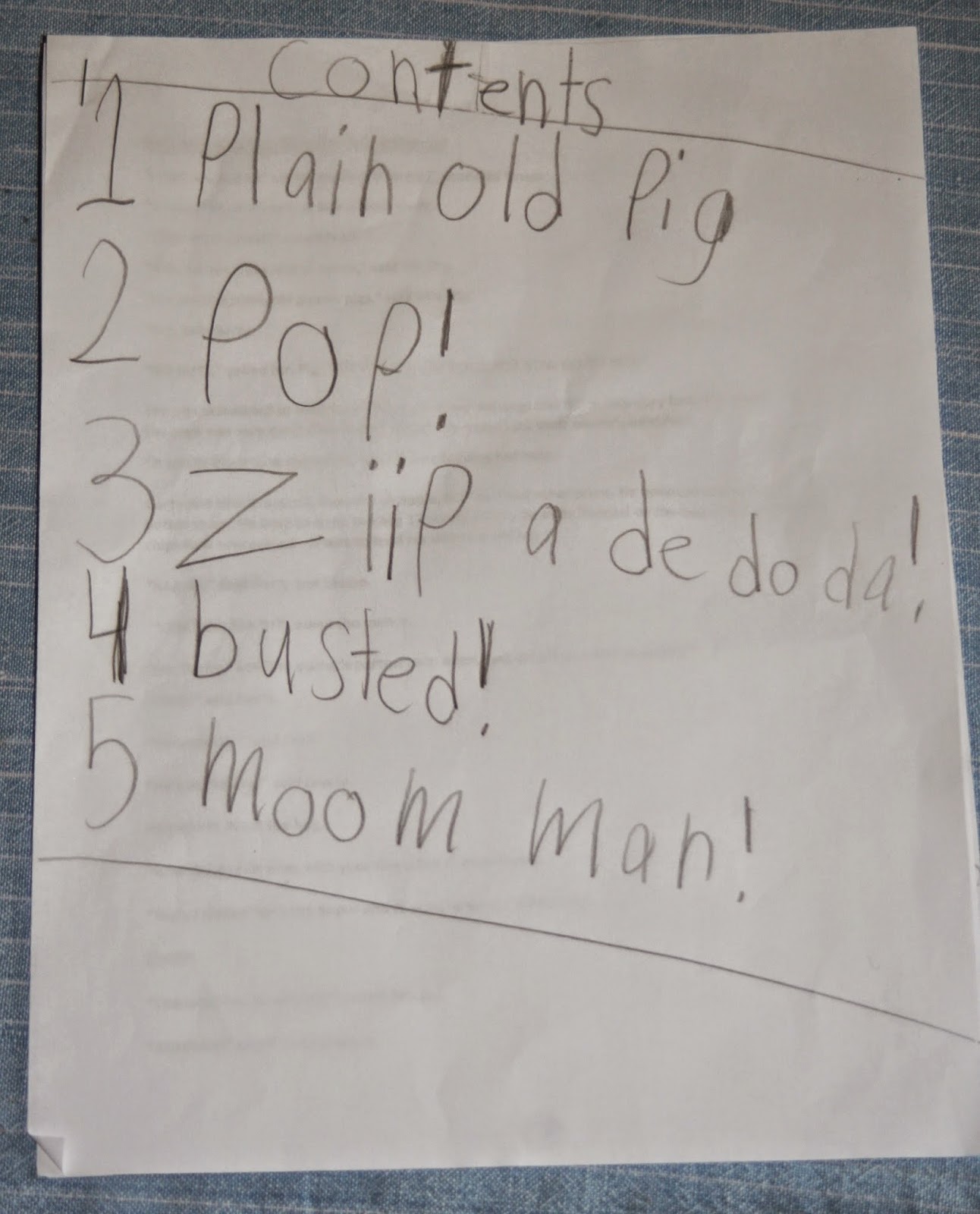 I can’t believe our owner is going to space!” squealed Gracie.

“It would be cool to study Mars,” said Gerty.

“What do they eat?” asked Fred.

The pigs scrambled to their favorite pile of wood shavings and fell asleep very fast. But when the cage was very quiet they leaped out and tumbled into their owner’s lunchbox.

“It smells like a tuna sandwich,” said Gracie holding her nose.

Gerty and Gracie went to sleep by an apple, but Fred had other plans. He bounced onto a bag of potato chips. He tried to open the bag 17 times! Finally he belly flopped on the bag and POP! Potato chips flew everywhere.  It was so loud his sisters woke up.

“WHAT ON EARTH?” asked the owner.

“How did you find me with your tiny paws?” asked Fred.

“Well, I peeled back the paper and there you were,” said Gerty.

“The lunchbox is opening!” yelled Gracie.

“WHAT ARE YOU OH DEARING ABOUT? GET TO WORK!” yelled Mr.  Bark.

Mr. Bark is the owner’s boss. The owner hid the pigs in his lunchbox again.


“I…I will sir!” Then he whispered, “I’ll take you to the moon without my boss knowing,” said the owner. 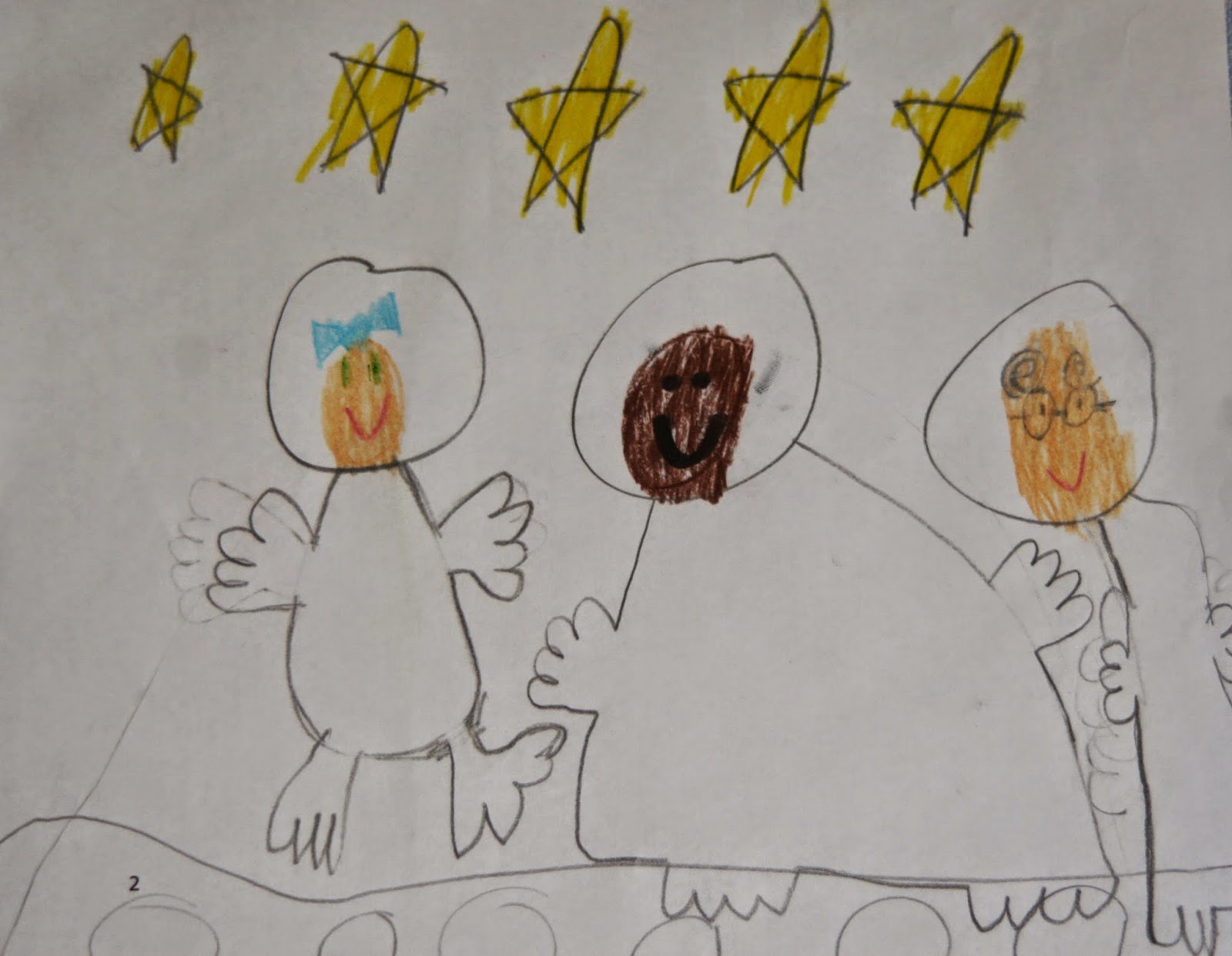